Here are the photos of my study 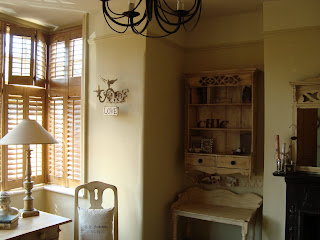 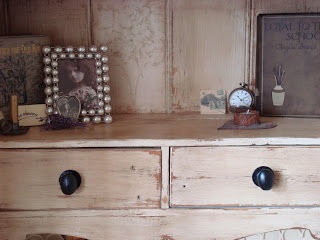 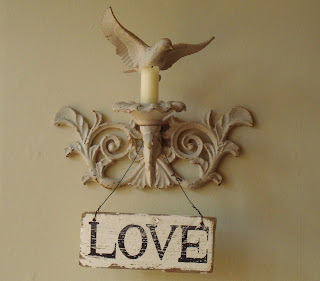 The following cupboards/dressers have wallpaper at the back which, when I was a child, was thought of as really naff but I think these look lovely. 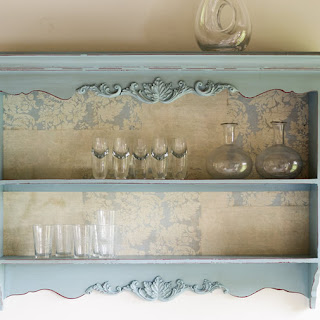 My daughter has this decorative shelf, which she bought from Cox and Cox. This is where I got my inspiration for my cupboard, a picture of which is at the end of this post. 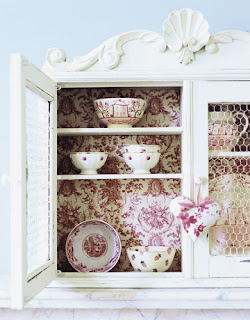 This one, from Country Living, is a little too fussy for me but still looks good and just gives it a bit of a twist.

This is my favourite as the dresser has such a mellow finish and the wallpaper at the back just lifts it. This dresser is from No.eight. 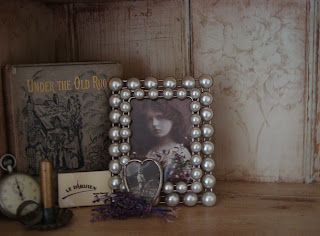 .......... and here is my little effort. It's quite subtle but I think that you can see the wallpaper. It was just a plain, pine cupboard /shelf that I painted with Farrow and Ball Lime White, rubbed it down with sandpaper to distress it and finally gave it a coat of wax (from Annie Sloane) and it is now in my study. I will take photos of my study to show you how it looks in the room,
Jackie 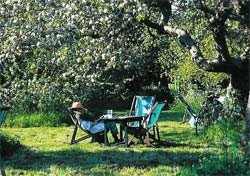 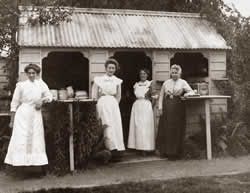 
The weather here is absolutely glorious. I don't know why everyone thinks that our weather is so awful. I don't think that there is anywhere better than a hot English summers day. Yesterday was one of those days and I went to The Orchard in Grantchester, Cambridge. The Orchard is a corner of England where time stands still and the outside world rushes by. Apparently, more famous people have taken tea there, than anywhere else in the world.

The Orchard, first planted in 1868, became a tea garden purely by chance. A group of Cambridge students asked Mrs. Stevenson of Orchard House if she would serve them tea beneath the blossoming fruit trees rather than, as was usual, on the front lawn of the House. They were unaware that, on that spring morning in 1897, they had started a great Cambridge tradition. In order to supplement their income, the Stevenson's took in lodgers at Orchard House, and, in 1909, a young graduate of Kings College took up residence. His name was Rupert Brooke, the poet.


Some of the famous people who have taken tea in The Orchard Tea Gardens are:


The weather is even hotter today and long may it continue, 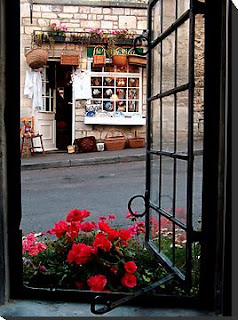 Bradley Shawn Roben
What I wouldn't give for this lovely English view . 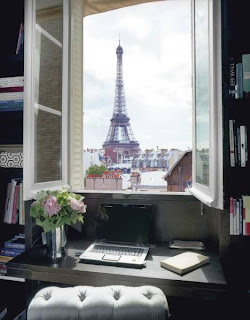 decorpad
Wow. Fancy having this view. To sit here with an espresso and a good book would be inspiring. 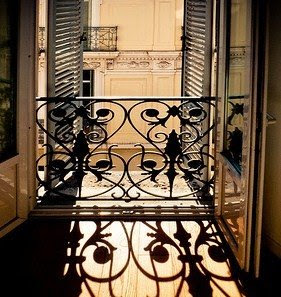 Flickr
I love this one. You can just imagine what is going on in the street below. 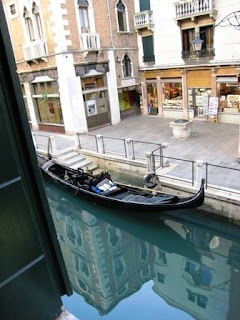 I was here last year and it was one of my best holidays. Venice is so beautiful. 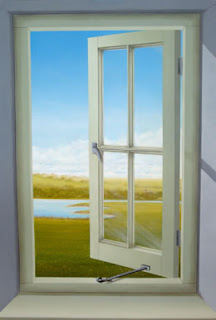 Imaginative interiors
.......... and if you haven't got a beautiful view, maybe you could have a trompe l'oeil view, like the one above, painted on your wall !!
Jackie

This is The Walled Garden at Cowdray in Sussex. 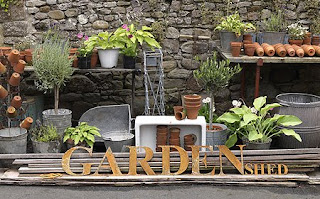 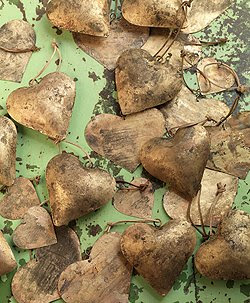 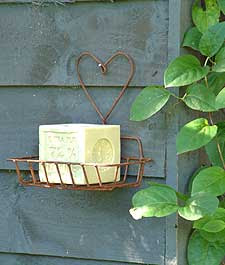 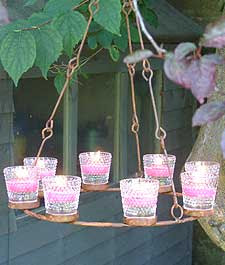 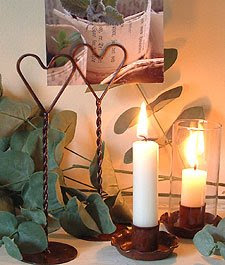 I love this rusty look, especially the letters. At refound objects, they leave the letters out in the car park of their shop until they go rusty !!
Jackie 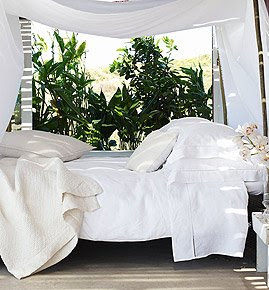 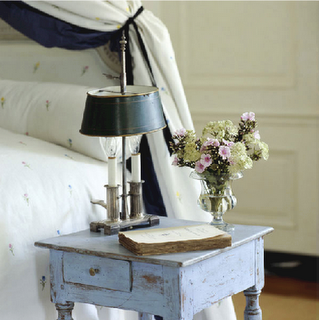 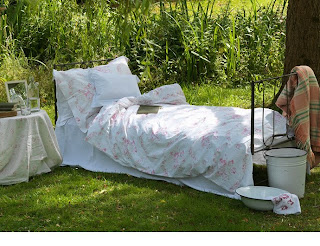 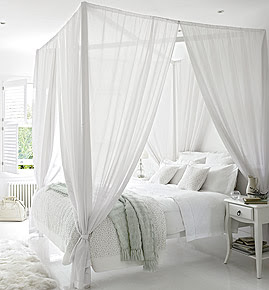 How wonderful to escape to any of these bedrooms. The only downside would be cleaning!! I'm sure that you would have to be hovering outside with a dustpan and brush !! Worth it though. I particularly like the one from Home Decoration with the lovely distressed bedside table and the vase of flowers that look as if they have just been picked from the garden. 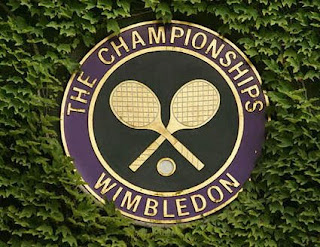 One of my favourite times of the year has begun. Wimbledon fortnight. The weather is hot, hot,hot at the moment, so absolutely perfect for tennis. We even have a chance at the men's title this year, which makes a change ! I have to get everything done in the morning so that I can sit and watch it. I have been to Wimbledon quite a few times, but I wasn't lucky enough to get tickets this year. It's just as good watching it on television though. Sorry to bore you non tennis fans out there. I promise that I wont mention Wimbledon again (unless we win!!)
Jackie
Posted by Jacqueline @ HOME at 09:11 1 comments 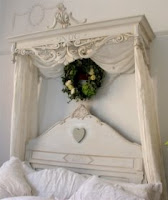 www.swedishinteriordesign.co.uk
I'm always looking at this bedroom as, to me, it's perfection, but a little out of my budget !! They are handmade to order and I also think you would need quite a large room for it. Nevertheless, I love it.
Jackie
Posted by Jacqueline @ HOME at 15:53 1 comments

A glass of champagne to welcome you to my blog and my first post. I have to thank Ness at Marley and Lockyer for getting me into this. I came across her blog when looking for a picture of a Gustavian room and that was it. I was hooked !!!!
I love interiors....... Victorian houses, fireplaces, stained glass, old lace, shabby, worn and loved furniture, France, Italy, shutters, all things vintage..... I could go on and on and on.
Hopefully, I will try and show you the interiors and exteriors that I love and photographs of my home and garden, and those of my friends and family,
Jackie
Posted by Jacqueline @ HOME at 17:27 2 comments