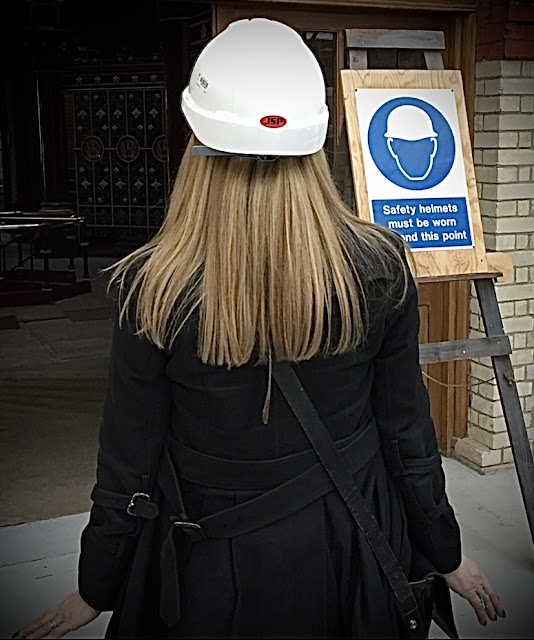 My excuse ? I have taken on the role of Project Manager ! It is now getting close for the building works to start on our new conservatory. The builder should be starting in August  ..... SHOULD being the operative word ! The builder said he would be popping round last Wednesday ..... he rang and said he was caught up and would come on Thursday ..... I haven't seen or heard from him since ! I rang him ..... no answer, nothing, rien, nada, niente, nichts !!! Lets hope I hear from him next week  🤞 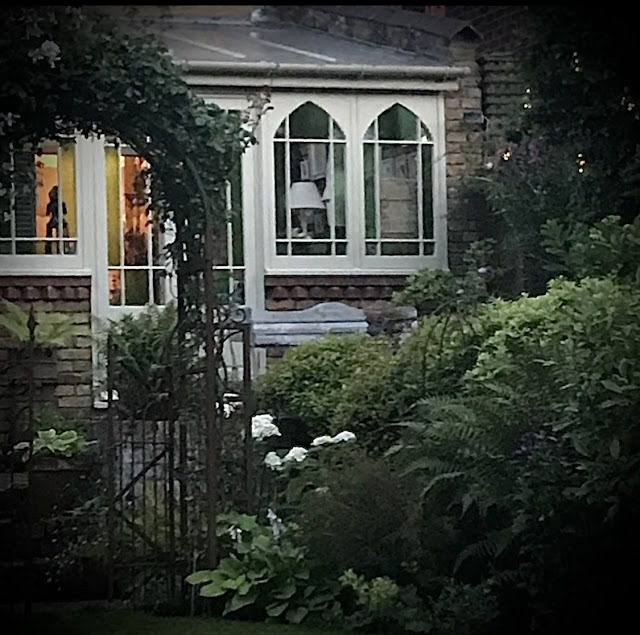 This is our present conservatory. It's over thirty years old ..... it's rotten and leaking and, if you've got a spare half an hour, I'll tell you why it's rotten and leaking. Thirty years ago we thought we would have a conservatory. Through a friend, we found this guy who , we thought, could interpret our ideas . He was a great admirer of William Morris and knew a lot about the period. I wanted it to look a bit Gothic and not look like the ' run of the mill ' type of conservatory and to blend into the rest of our late Victorian house. I showed him what I wanted like the gothic windows and he suggested a few things and we agreed that he should do it.  He got someone else to do the footings and the brickwork and they did a wonderful job. 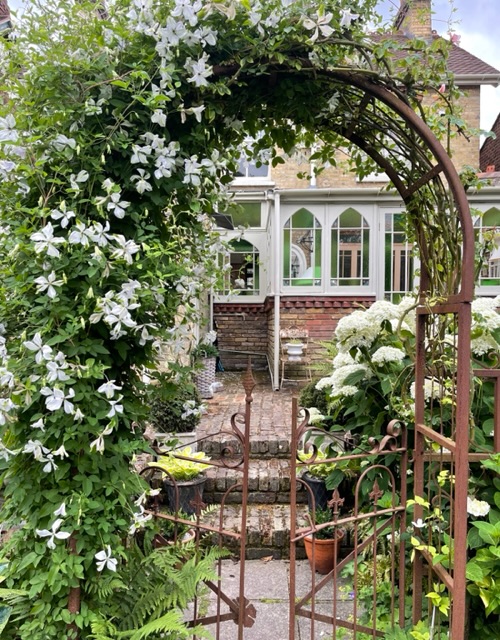 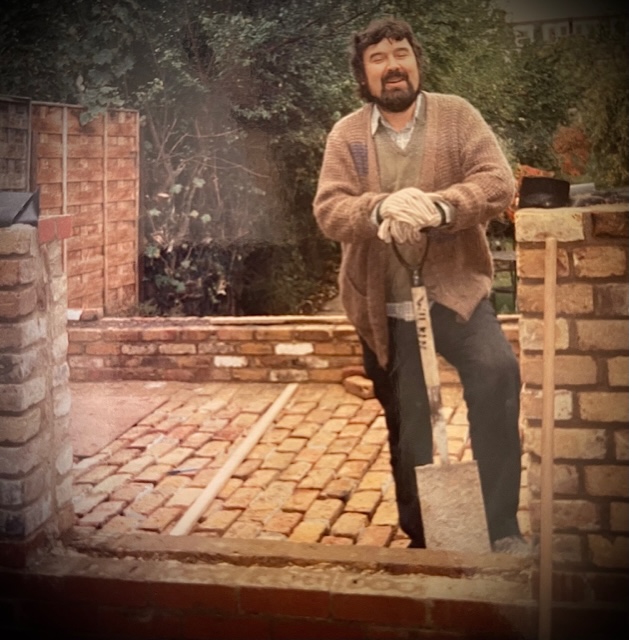 This is the William Morris look a like !!!
The brickwork completed, he came back and, after paying him a third { which we thought was fair as he had to get materials etc. } he did the window  frame work 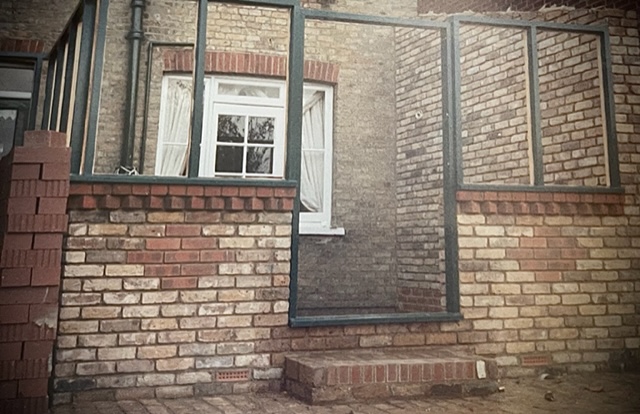 This is what he did ..... and then, he buggered off for 18 months leaving the woodwork exposed to the elements ! We think he spent the third of the money that we gave him on his debts and then had to do another job to get the money for the materials for our job ! ..... and thats not the end of it. Now, thirty years ago it was the ' thing ' to have stripped pine in old houses so, I wanted the inside of the windows to be wood and the outside painted green. When he finally returned, he said to me, " wouldn't you prefer the green to be on the inside ' to which I replied " NO ". I didn't think any more of it until we realised after he was long gone, that he had obviously painted the wrong side of the windows so, he put them in the wrong way round which meant the glazing bars were on the outside and all of the rain and snow sat on them, which, after a few years rotted the wood ! There were lots of other things ..... cracked glass that he hid with beading to name but one !
AND THEN .....
he had the nerve to come back and demand more money as he didn't think he charged enough !!! Needless to say, he didn't get any !
But, considering all of this happened, it did last over thirty years { sort of ! } 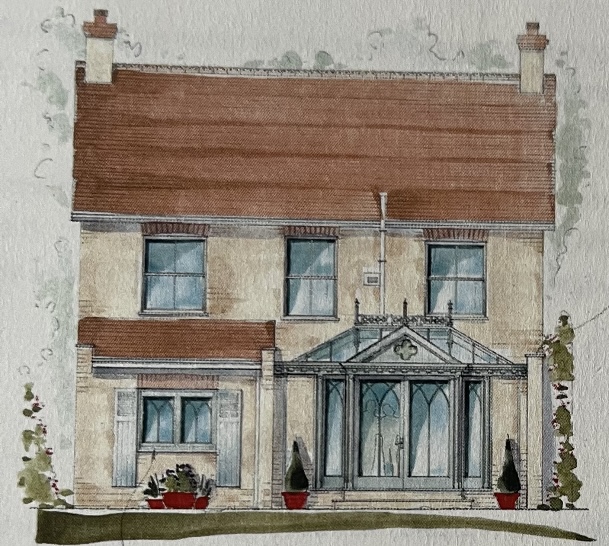 Fast forward thirty years and this is an artists impression of what our new conservatory will look like. As in all projects, nothing ever seems to run smoothly and, driving home from meeting a friend, I got a phone call from the Conservatory company. They said that this has never happened before {?} but, because of Covid and Brexit, our conservatory, which was due to be erected mid September, will have to be put back ..... they have had trouble getting supplies and joiners etc. I thought she was going to say it would be months but, at the moment, we are looking at October..... I could never be a property developer !!!
So, therein lies the tale of our conservatory !
Oh, and , just to show you so you get an idea on the inside, here's a photograph and explanation ... ish ! 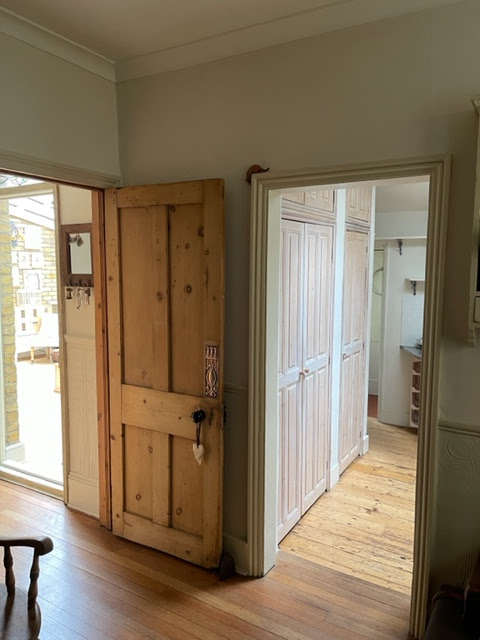 In this photograph taken from our breakfast room, our kitchen is on the right and the conservatory is on the left. Those cupboards and wall behind them in the kitchen will be knocked through into the conservatory so that it will all be open.
We will be having a new kitchen but thats another story !!!
Also, so sorry for not commenting much lately ..... being a project manager takes up a lot of time !
XXXX