Do you remember last Thursday week ? ..... the hottest day of the year so far ? Well, we went to Londinium, capital of England !!! 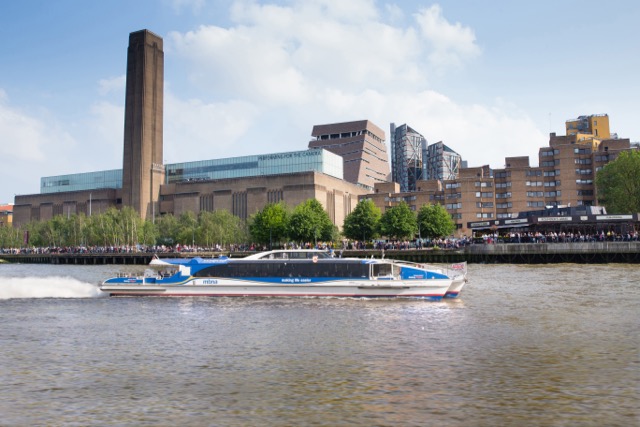 A lovely trip on the Thames clipper ..... get off at Bankside, 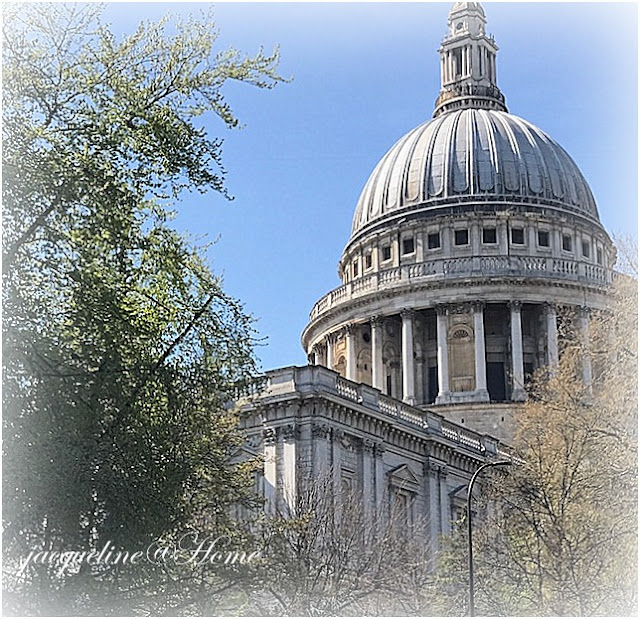 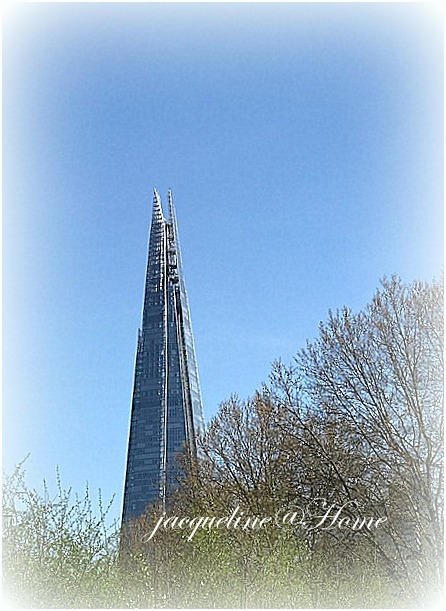 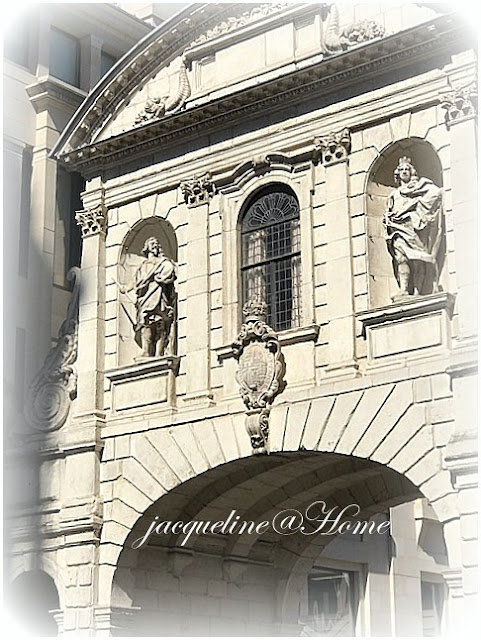 A walk through Paternoster Square and under Temple Bar, which was the principal ceremonial entrance to the City of London ..... commissioned by King Charles 11, Temple Bar was rebuilt after the Great Fire of London, by Sir Christopher Wren between 1669 and 1672. In 1878 it was dismantled, piece by piece, and re erected in Theobald's Park { near where I live .... many a couple parked up there for a bit of how's your father including me !!!! } and languished there until 2004 when it was returned to the City of London. 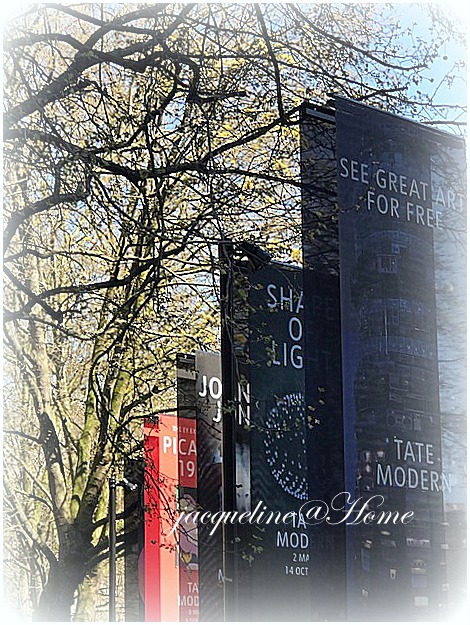 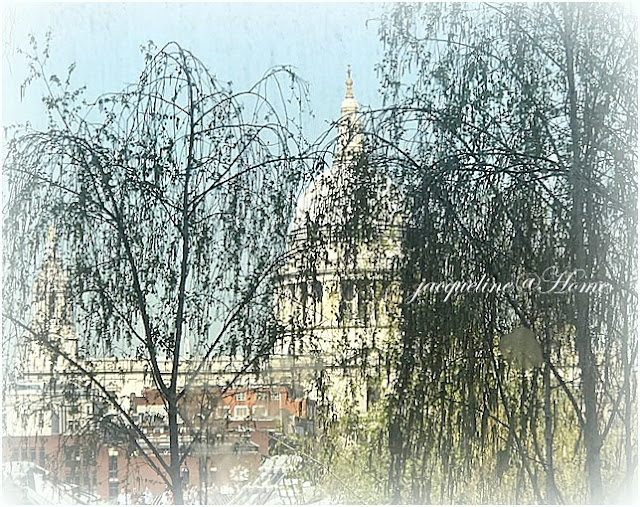 Took this photograph through the window of Tate Modern ..... I thought it looked like a painting itself ! 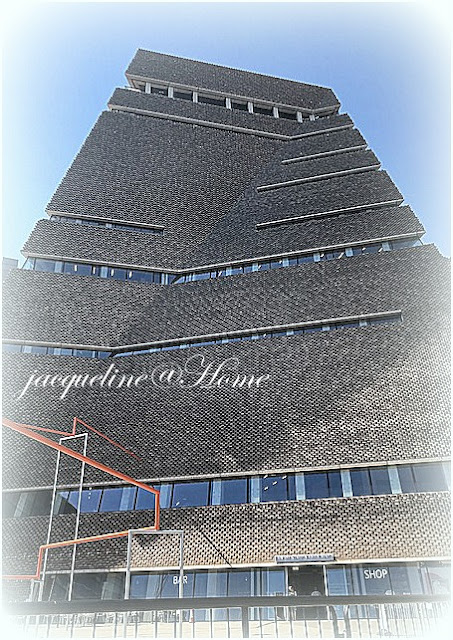 Saw some fabulous modern art, some of the old favourites, Monet, Dali, Hockney 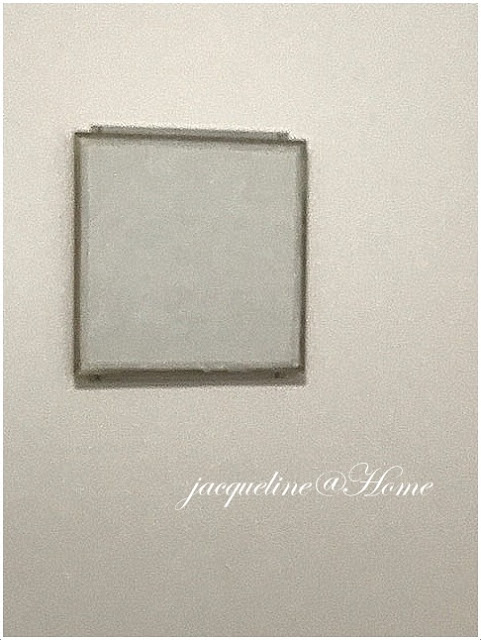 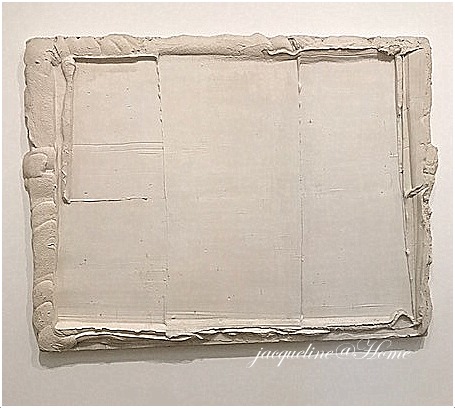 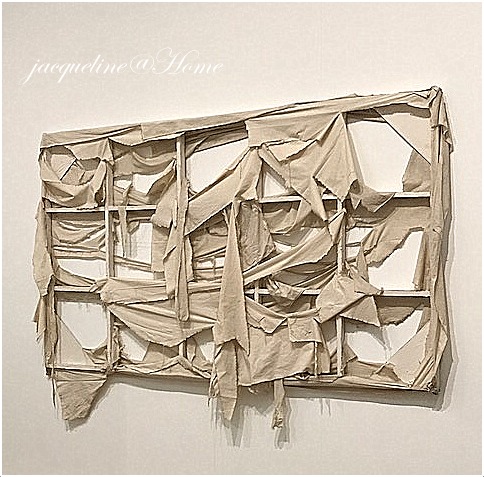 ..... am I missing something with the above ? Maybe my arty blogging friend's can enlighten me ? 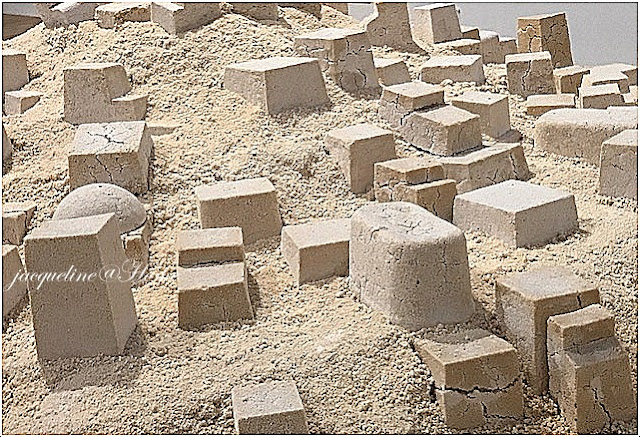 Anyway, back on the boat to Millbank and Tate Britain. 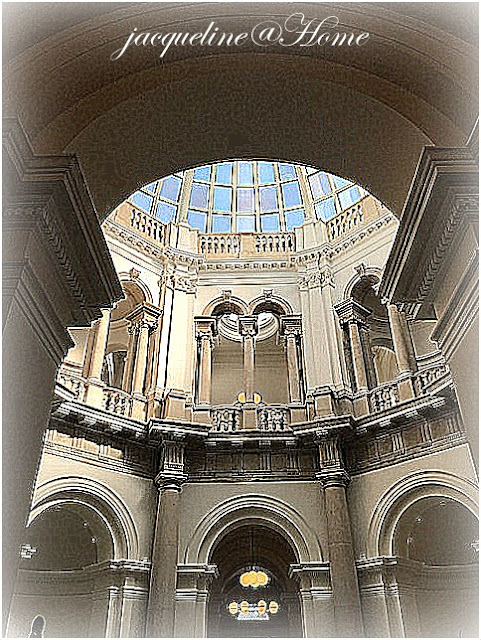 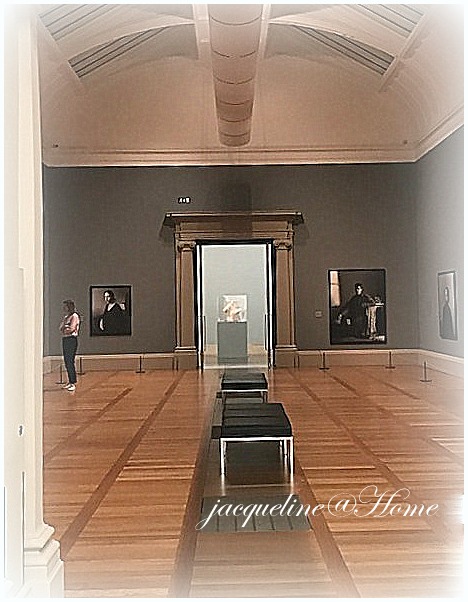 Walked to a lovely Italian restaurant for dinner and then home. A great day out and we walked nearly 10 miles !!!!

I think that you all might find this interesting ... it's a bit of a longer post than I normally do but try and stick with it ... it also has family connections !

In 1845, The Franklin expedition met a tragic end after becoming trapped in Arctic Ice, killing all 129 people on board. Before knowing of it's fate, the British Government sent expeditions in search of Franklin. 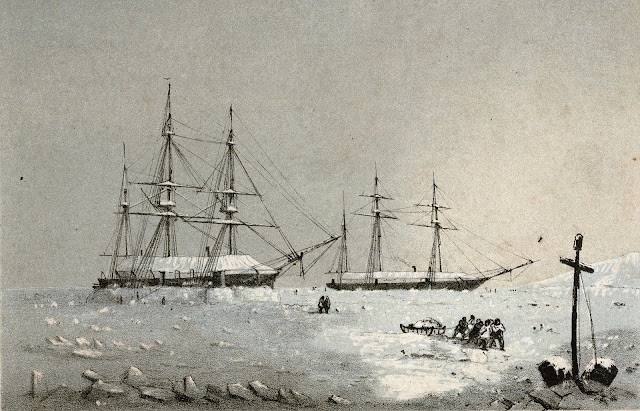 One of the ships sent to find Franklin was HMS Resolute under the command of Canadian Sir Edward Belcher. They left England in April 1852 and on board was my husband's great, great, great { can't remember how many greats !!! } Uncle William, ship's carpenter. William wrote a journal of the whole expedition which was given to my husband by his aunt ..... 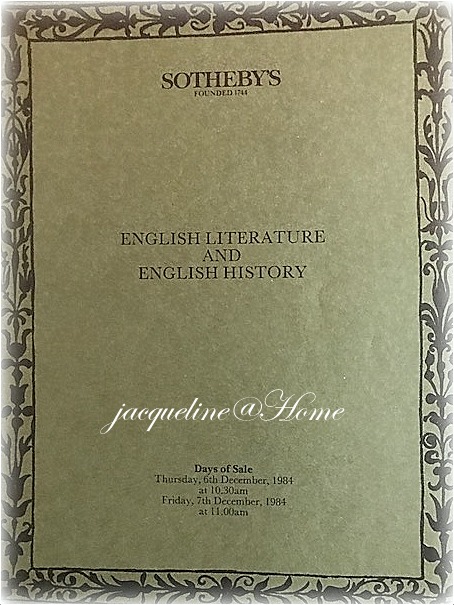 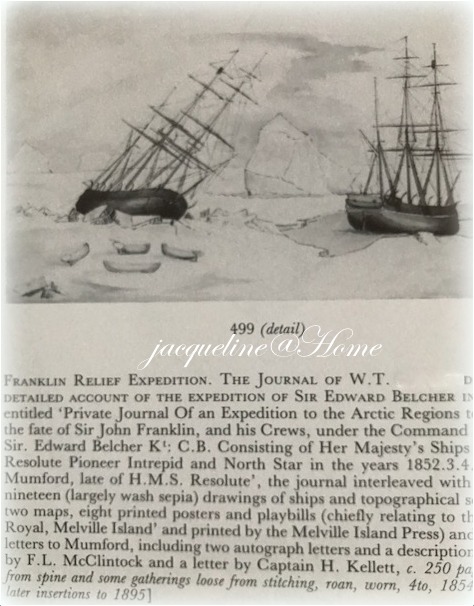 The journal was 250 detailed pages with drawings and water colours of ships, printed posters and playbills and autographed letters. It sold for so much as it was chockablock full of information not only of their own voyage but what they found of the Franklin expedition. 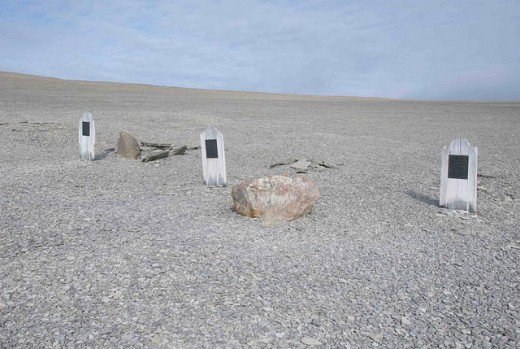 In 1981, bodies from the Franklin expedition were exhumed and found to be in near perfect condition { there are photographs of them on line but are a little gruesome so I didn't put them up here but they are easily found if you google Franklin expedition frozen bodies if you're interested ! } William recorded in his journal in 1852 that they too found the same three bodies on Beechey Island.
Much was learnt from the bodies in 1981, one was that some of their deaths could be attributed to lead poisoning from the solder on the canned food but there were a number of things that could have killed them including hypothermia, scurvy and starvation. There were also indications that the crew had resorted to cannibalism.The bodies were returned to their graves and nobody would ever be able to tell that anyone had disturbed the grave site as every stone was returned to the same position it was before they arrived.
HMS Resolute abandoned ship in April 1854 as the ship was locked in slow moving ice and the crew rescued. In 1855, HMS Resolute was found by American whaler George Henry. HMS Resolute was returned to England as a gesture of national courtesy and the ship was presented to Queen Victoria. HMS Resolute was retired in 1879 and salvaged for timber. 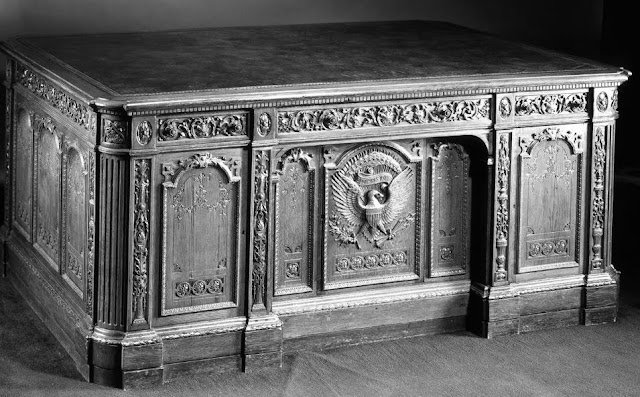 The Resolute desk was made from the oak timbers of the ship and presented to President Rutherford B Hayes from Queen Victoria, in 1880 as a memorial of the courtesy and loving kindness of the American people. This is the desk that nearly all the presidents have sat at in the Oval Office in The White House. Queen Victoria also had a writing desk made for herself from the timbers.
Because my husbands uncle was the carpenter on HMS Resolute, he must have acquired some of the timbers, as we have a footstool with a brass plaque saying ' made from the timbers of HMS Resolute'. I can't take a photograph of it as we haven't got it at the moment. 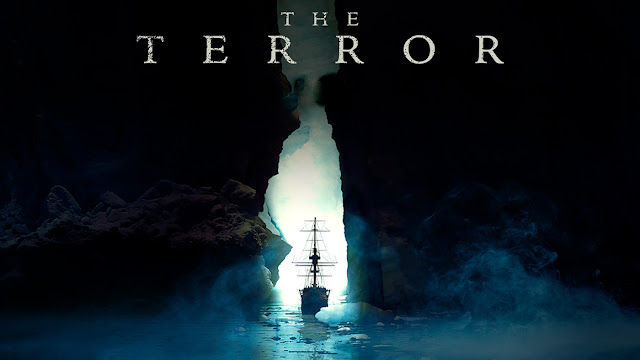 The Franklin expedition departed England in 1845 aboard two ships, HMS Erebus and HMS Terror.
After the success of The Walking Dead there is a new horror drama called The Terror, directed by Ridley Scott to be shown on AMC starting on April 24th in the UK { it's already started in the US } It is a gripping, atmospheric, supernatural horror series inspired by the true story.

There is much more to the real story { even Charles Dickens got involved and wrote about it } but I'm sure you have all heard enough.... if you've read everything I've written then you deserve a medal !!!