Two posts in a week ..... that's something for me !
I've had long, straight hair pretty much all of my life Throughout my childhood, it was mostly in a ponytail, swishing backwards and forwards as I walked. It wasn't anything special ..... it was also mousey in colour ! By about the third form in Senior school, the pony tail was ditched as I was now a teenager of the 60's and wanted to look like Patti Boyd !
My hair remained that way as I left school, stayed the same in further education and then the big, outside world beckoned and I had to find a job !
Lucky me landed a job in Mount Street in Mayfair ..... one of the poshest streets in London. Paul McCartney and the like would buy their suits from Dougie Hayward and celebrities/MP's would all dine in Scotts restaurant. Residents bought their meat from Allens of Mayfair { which opened in 1830 .... sadly it closed in 2015 } and purchased their cigars from Sautters.
My bosses were a husband and wife couple and, for my birthday, they paid for me to have my hair highlighted and cut at Michaeljohn ..... Michael & John met when they were hair stylists at Leonards { he who did the famous haircut for Twiggy } They attracted celebrities including Mick Jagger and even Princess Anne. I was only about 19 so it was pretty special to have my hair done there. I doubt Michael or John did my hair but it didn't matter ..... it was still amazing !
A few years later, London was even more swinging and, the place to have your hair done was Smile , Brompton Road, Knightsbridge. Smile was owned by Keith Wainwright and his two partners Lesley Russell and Paul Owen. Clients included Roy Wood, The Move, Cat Stevens, The Walker Brothers and Elton John. Keith worked with chemists  and hair technicians  to create unnatural hair colours which were later popularised by the British punk movement. So, my next birthday present was an appointment with Paul at Smile !
I worked in Mount Street for quite a few years and then went on to get married and have children. Highlights continued up until this day and I think I have been to most of the hairdressers in the surrounding area of my home !!! But, for the last fifteen years I have had the same guy highlight and cut my hair. During Covid, things went a bit wrong for him and he had to close his salon, but, during this past year, he came to our home and did our hair. Then, he started to work for a hairdresser quite a long way from us so I needed to find another hairdresser. A friend that I have known for many years has highlights and said her hairdresser was very good. I booked an appointment even though a mutual friend had made an appointment there but didn't even cross the threshold as she didn't like the look of it !!!!
WELL ..... I went yesterday ! I arrived dead on time ..... dusty, old plastic flowers sat on the reception desk and about seven old { I know I'm old but these ladies were OLD } sat having perms ..... they all had those tiny little rollers in, some were still having the rollers put in , some were sat under those old fashioned dryers. One lady was being helped by two other ladies to the wash basin. I did think how the mighty have fallen { joke } but, I didn't run away !!! I actually thought how brilliant it was that these ladies still wanted to look nice and have their hair done.
The girl who did mine was Polish, young and very friendly. More and more old ladies arrived for perms ..... it was like a perm conveyor belt ..... I did think it would have made for a brilliant sit com or play !
Well ..... here is the result ..... 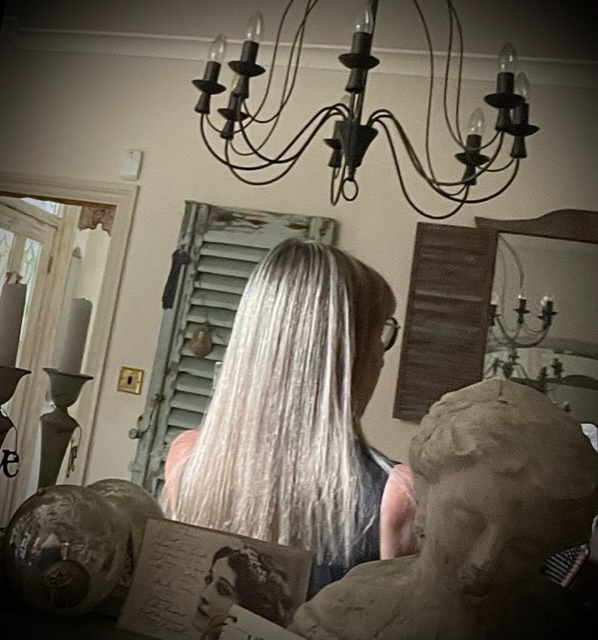 I am SO pleased with it ..... she got rid of the brassiness and, I've been telling my last hairdresser it looked a bit ginger on the ends which he said was how my hair took the colour ..... she got rid of that. It's a bit darker around the front but she said she will add a little more blond next time. I think when you stay with the same hairdresser they get in a rut. It just goes to show that all the frills and frippery of a posh salon doesn't always mean it's better ..... oh, and the other thing was that it was about half the price .....
RESULT !!!
XXXX 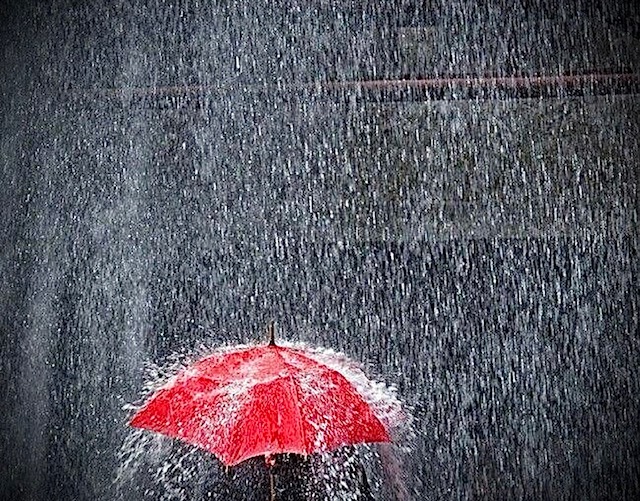 Around about 3.00p.m., the heavens opened and, what we have all been waiting for happened. It came down in stair rods and went on & on & on and is still going on and it's now 6.30 p.m. 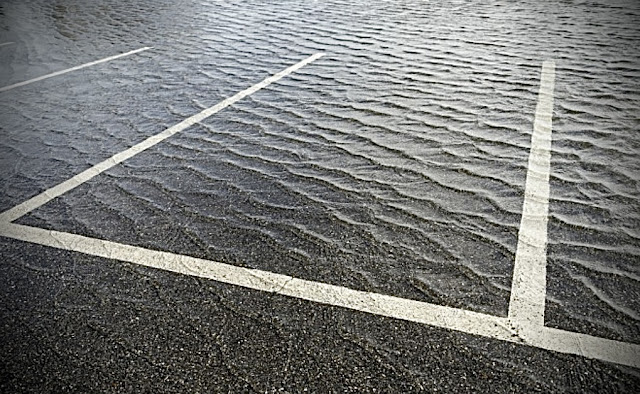 We pretty much had to wade through the car park to our cars ..... the water was up to our calves ..... my shoes are in the tumble drier as we speak !!! But, with the lovely, long awaited rain came devastation ..... 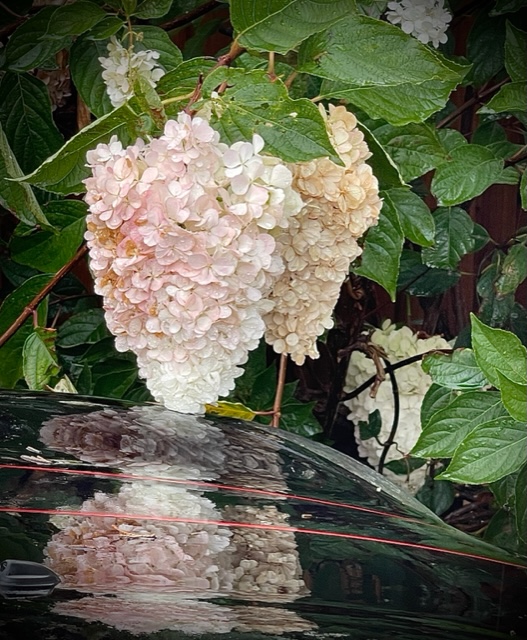 My hydrangeas have been battered to within an inch of their lives !!! Hopefully, they will perk up when the sun comes out again !
Oh, and we have now been told by Thames Water { our water supplier } that a hosepipe ban will begin on the 24th of August !!!!
XXXX 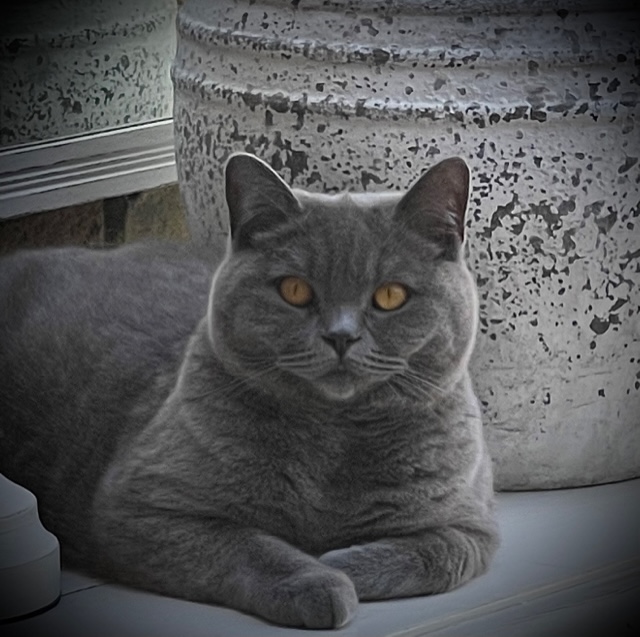 We are looking after our son/daughter-in-law/grandchildren's cat, Cloudy ..... 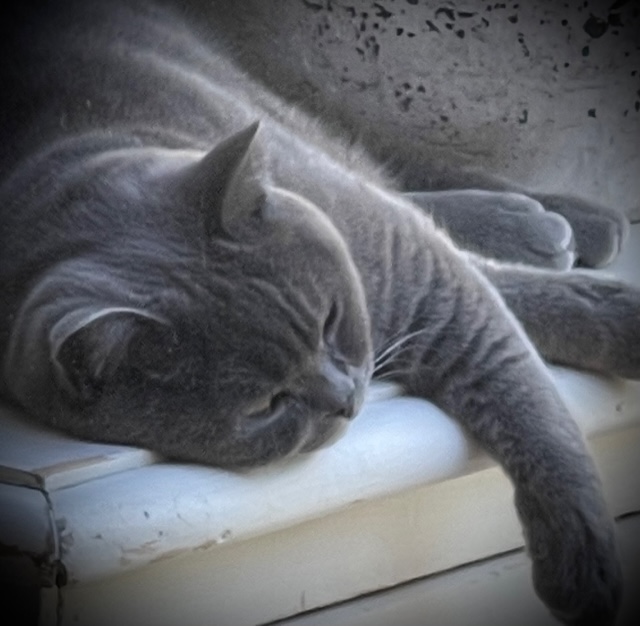 They are on holiday in Switzerland at the moment and all the Cattery's were full. Apparently , it's hard to get into a cattery at the moment ! 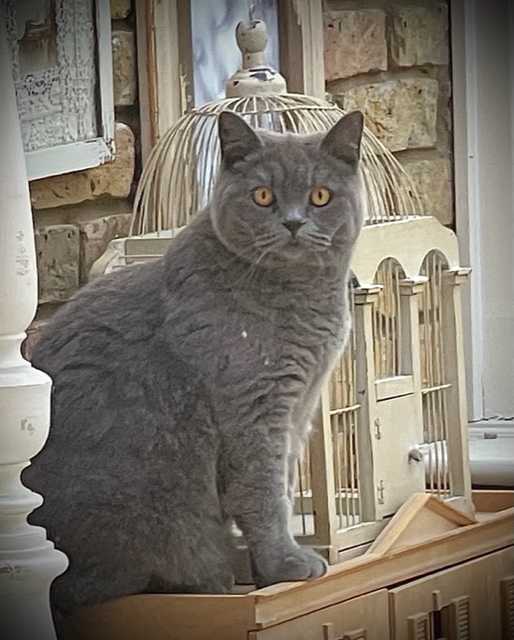 Because he doesn't live here, he's not allowed out so we are letting him have the run of the conservatory ..... considering it's going to be pulled down next month, he can please himself in there and, it's a far bigger space than the cages they get put in in a cattery. He seems very happy and I go and chat to him and play with him a few times a day and he seems pretty contented. He is a lovely cat ..... we have had cats over the years but, I don't think I want the responsibility anymore but, it's lovely to look after him for a while.
He goes home today and we will miss him.
XXXX