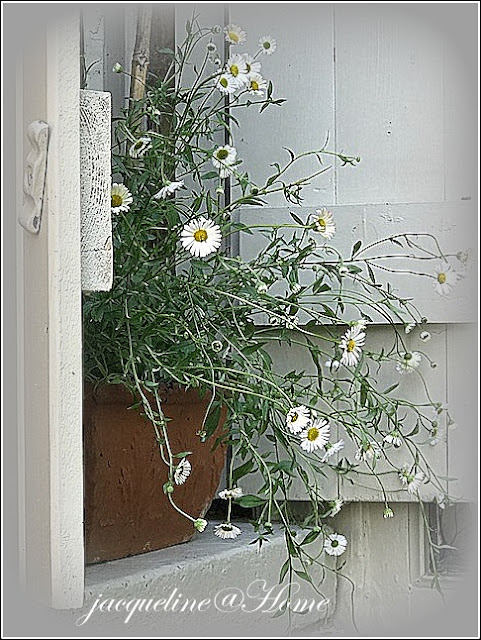 Such a good little plant ..... doesn't seem to mind where you put it ..... sun or shade it seems to thrive which is great in our North facing garden !!! 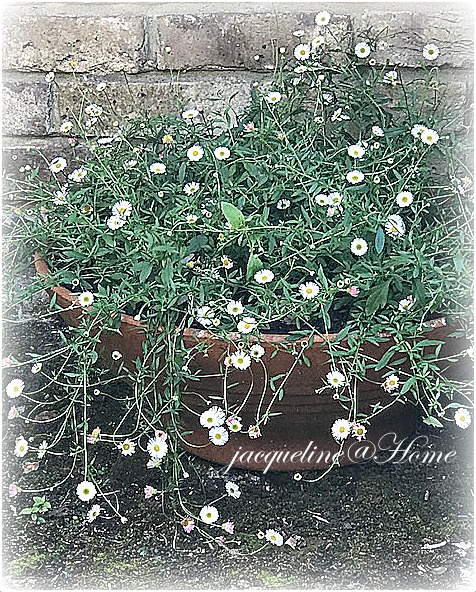 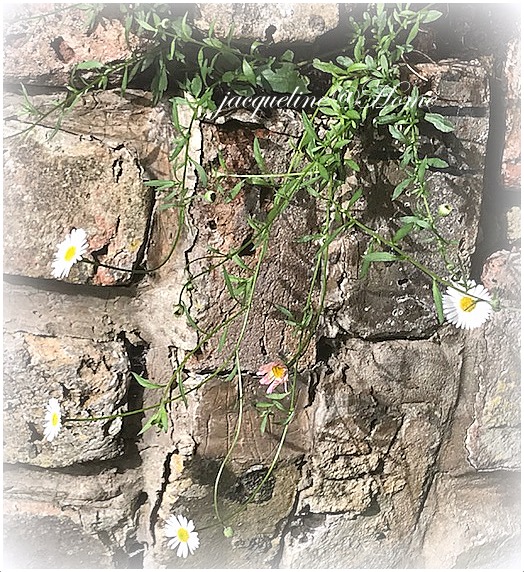 I stuck this left over bit in the wall this year ..... 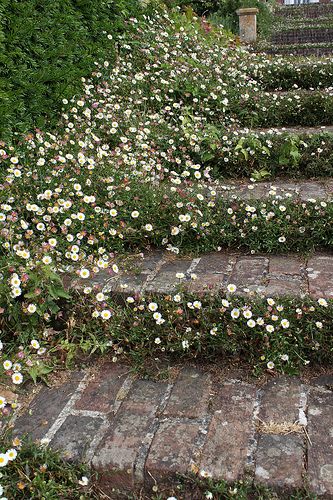 We have some steps like this SO, I'm going to plant some in our steps today and hope they will start to look like the above !!!

All of this talk about Mexican Fleabane reminded me about my wedding dress. We got married in 1976 ..... that hot, hot, dry Summer ..... I was working in Mount Street in Mayfair, London at the time ..... 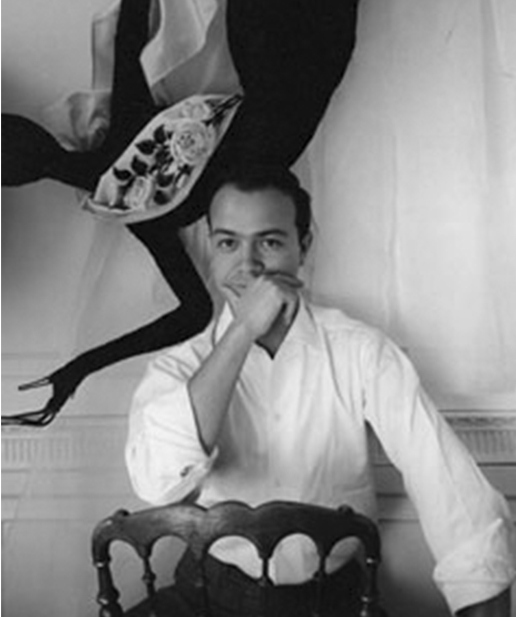 In Lower Sloane Street was a shop called Mexicana { I couldn't find a photograph of the shop anywhere on the Internet } It was run by Alfredo Bouret who had previously worked as a fashion illustrator for Coco Chanel, Dior, Pierre Balmain, Valentino and Balenciaga. His inspiration was Mexican fashion and culture. NOW ..... before I show you my wedding dress just remember it was 41 years ago so don't laugh !!!!! ......... 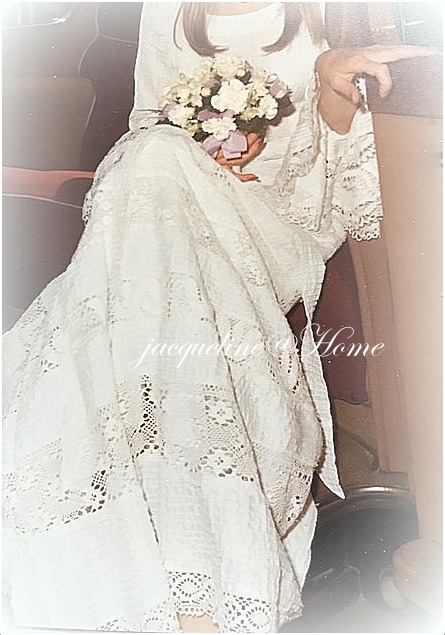 What on earth would Donald Trump think of me ?!!!! 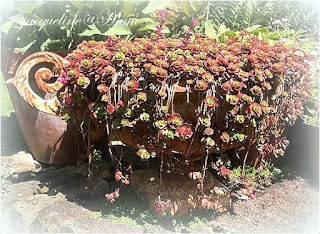 We're tarting up the bathroom at the moment ..... 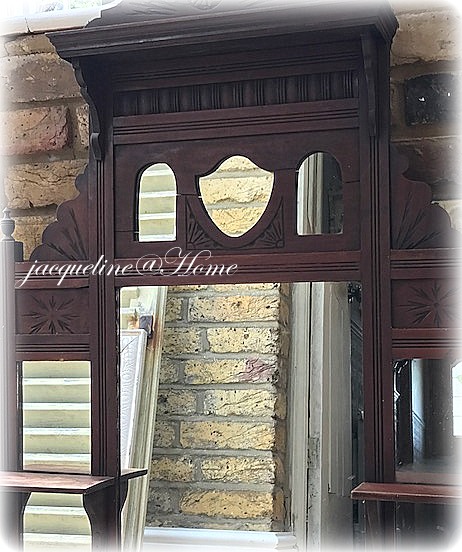 We have at last found some lovely plumbers to do all of those jobs that need doing ..... new radiator, new taps. floor needs sorting and it all needs painting !!! We have had the above over mantle for years but I thought it needed updating so, along with the rest of the distressed look in our house ..... 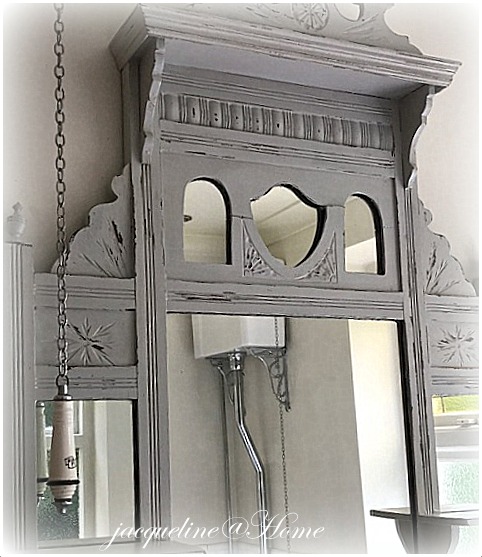