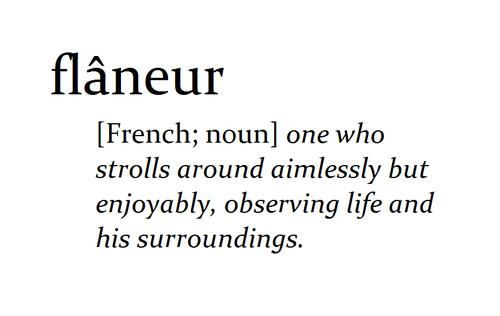 I think that I maybe the female equivalent  of a flâneur….. 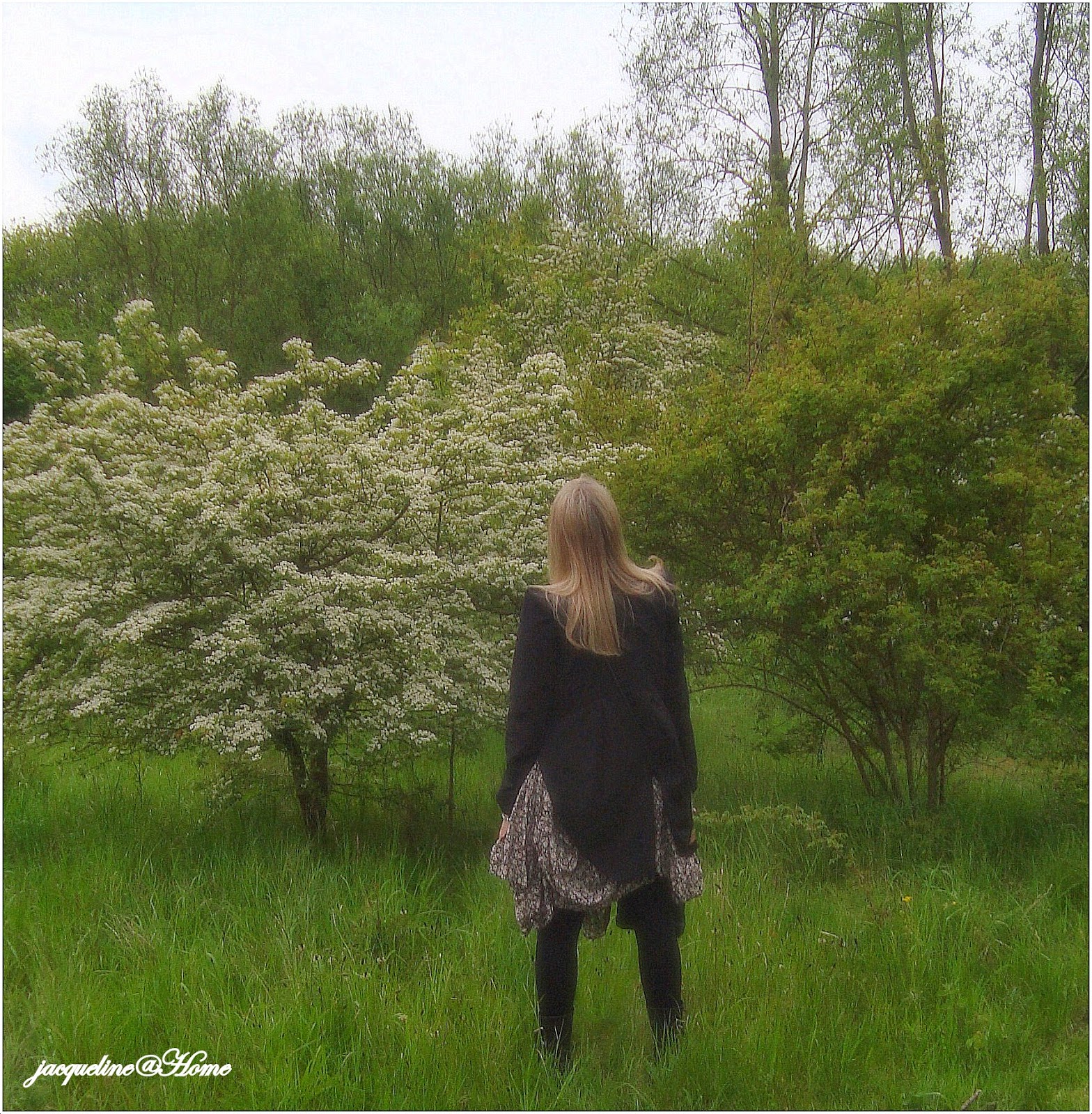 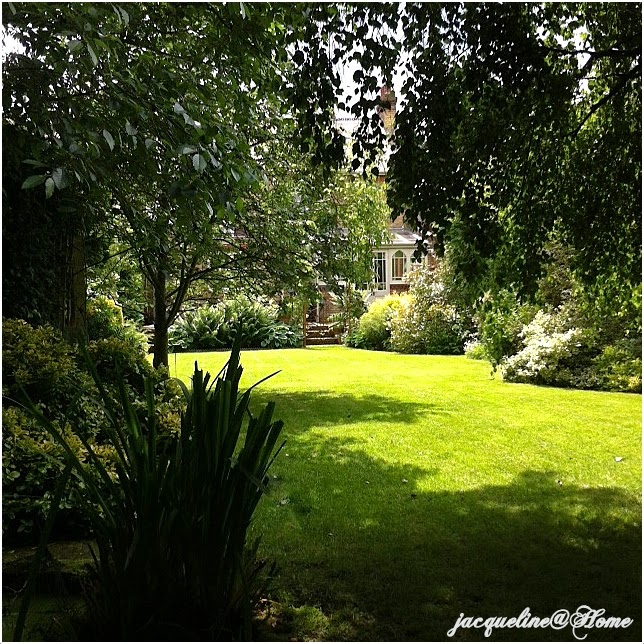 I've done a great deal of  'flâneuring' in the garden lately ….. our garden is always at it's best at the end of May and beginning of June, and, most of our plants and flowers are way behind most peoples as it's a north facing garden hence the abundance of hostas and ferns. 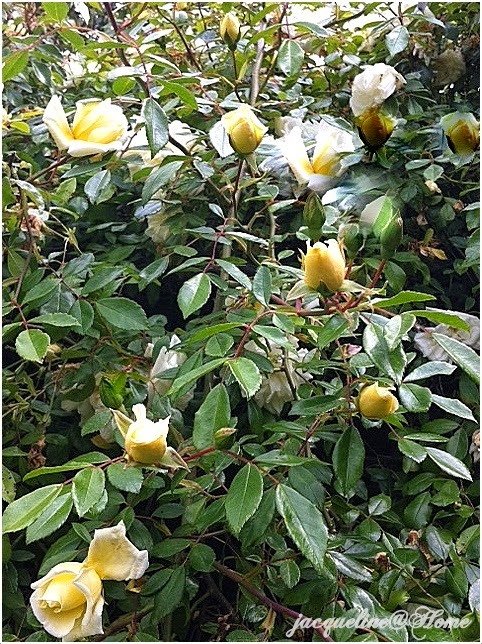 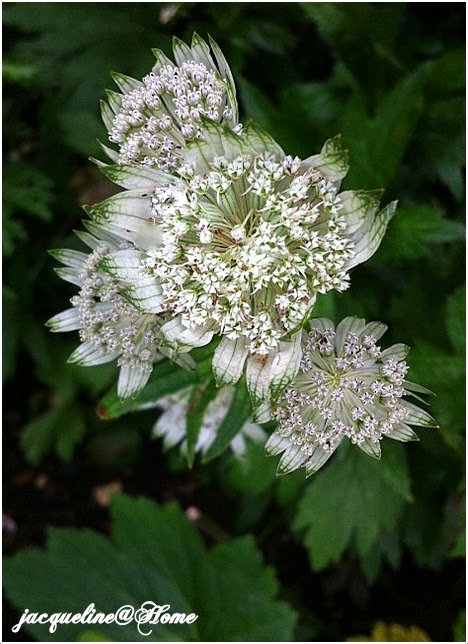 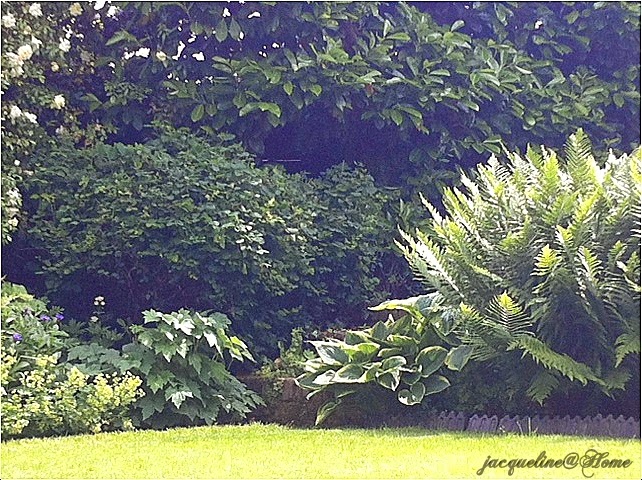 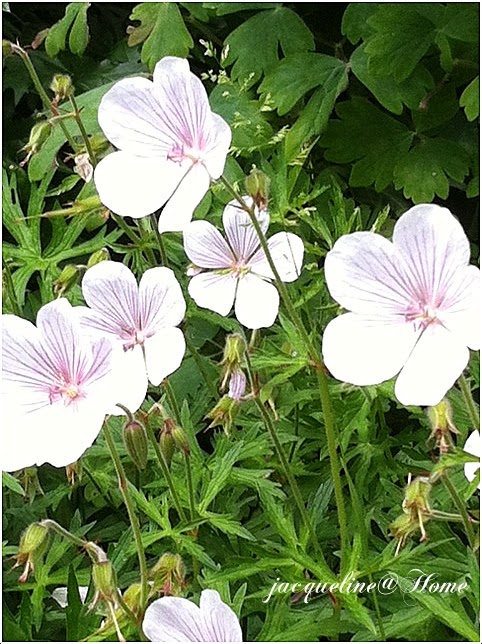 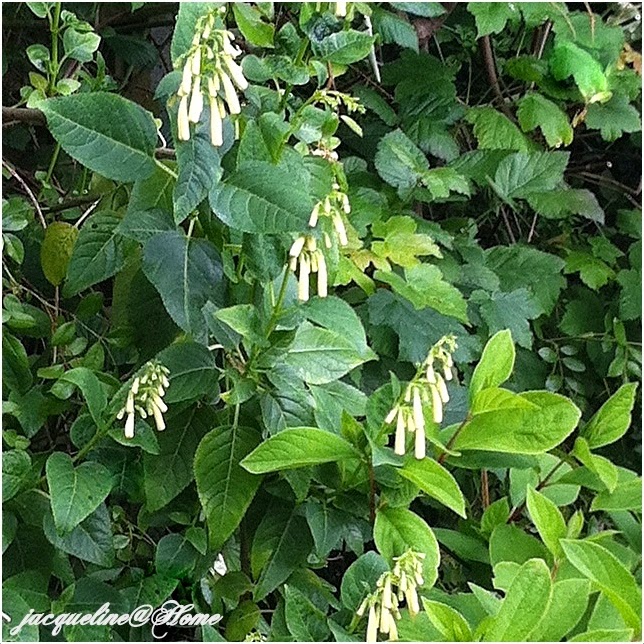 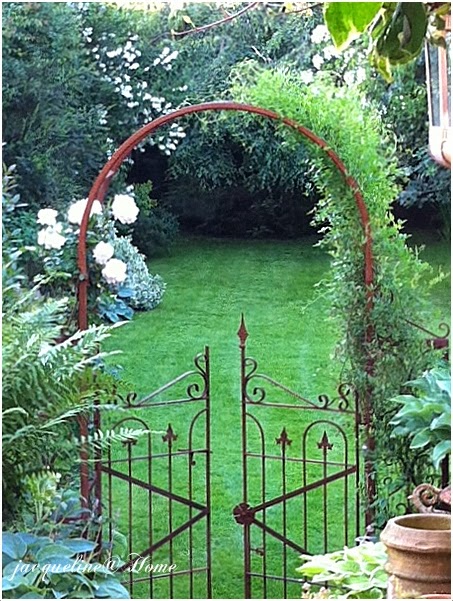 I cannot tell you how pleased we are with our rusty arch and gate. We bought it at Chelsea Flower Show a couple of years ago and we were very surprised that it was such a reasonable price that we bought it on the spot !! Growing up the arch on the right is clematis flammula which will look like …... 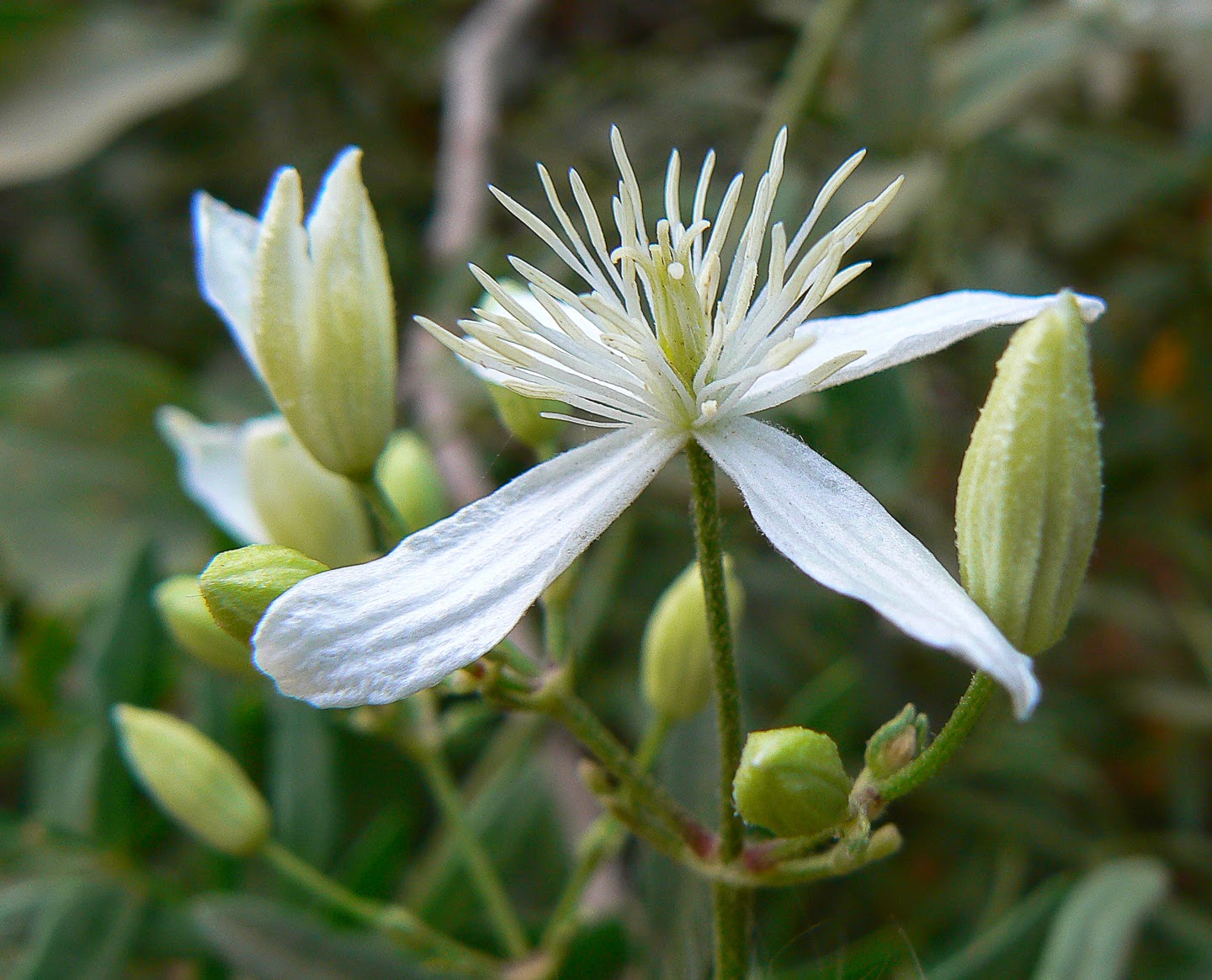 ….. THIS ….. in a couple of weeks. I've forgotten the name of the rose !! Hopefully, it will grow over the arch and intermingle with the clematis. 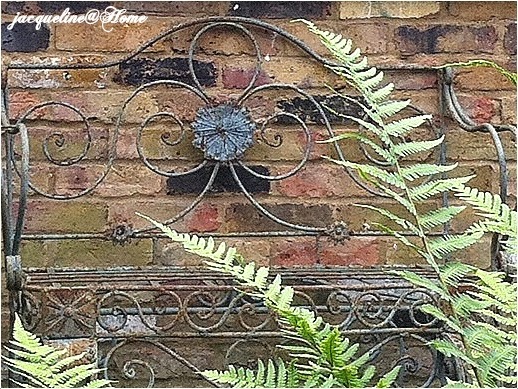 We also bought this bench from the same man at Chelsea. I can't get over how reasonably priced they were considering we were at the biggest gardening show on earth !!!! He could have really gone to town with his prices, couldn't he ? 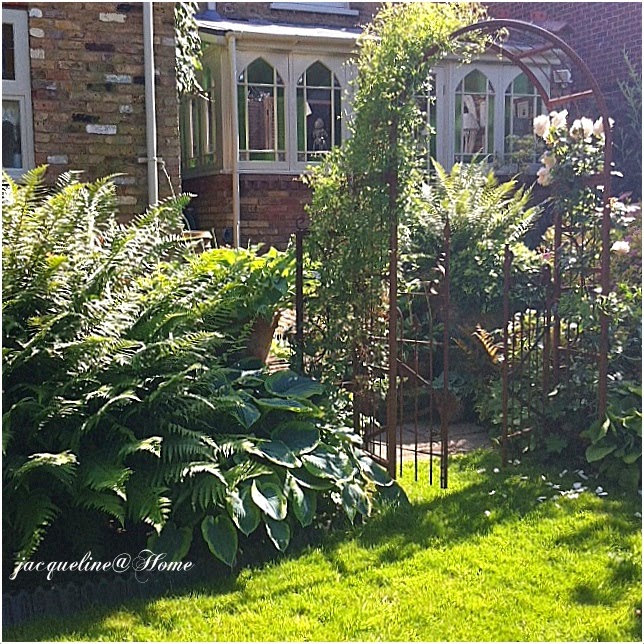 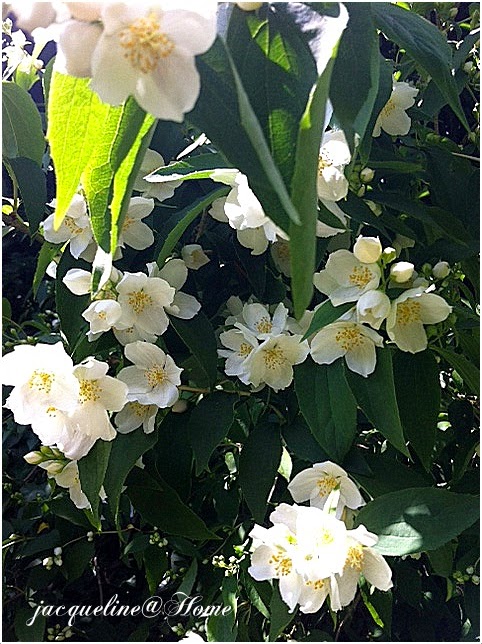 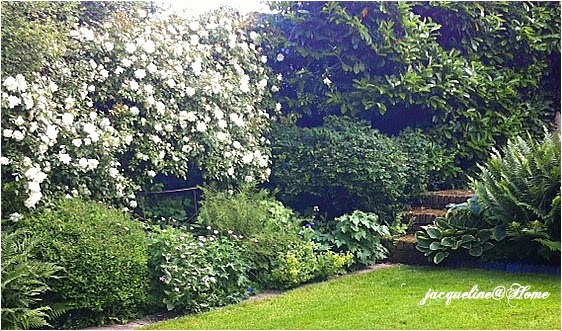 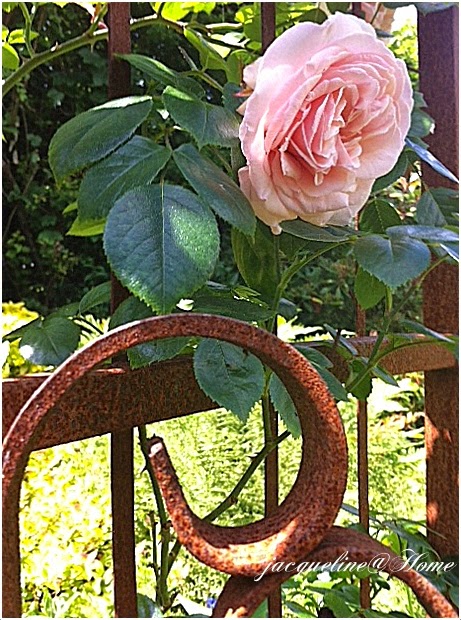 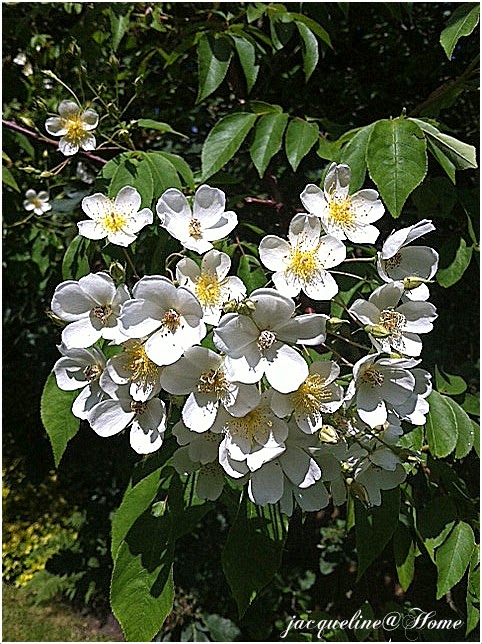 I planted this rose a couple of years ago and can't remember if it's 'Rambling Rector' or 'Seagull' ….. I'm pretty sure that it's 'Seagull' and it has been GLORIOUS !! 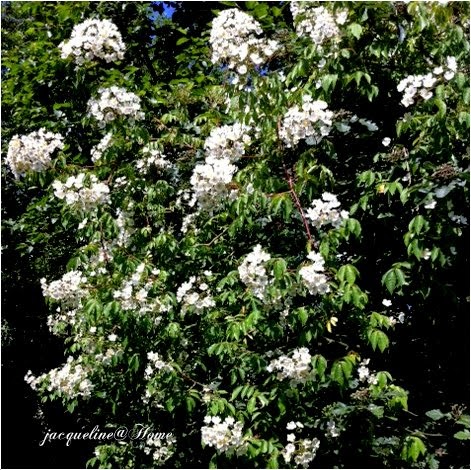 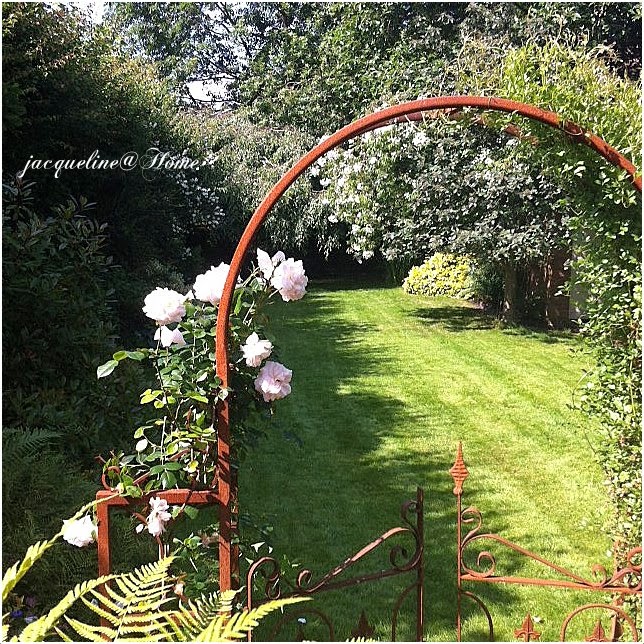 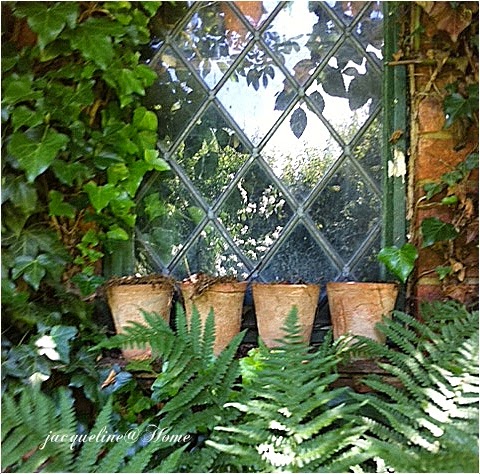 This photograph reminds me of Frances Hodgson Burnett's 'The Secret Garden'. We have lots of robins in our garden who follow me around when I'm digging ….. I could have done with one when I took this photo !! ….. now, what shall I put in these little old Victorian terracotta pots ?

I shall be glued to the television for the next two weeks as Wimbledon starts on Monday …. here's hoping the weather holds !!