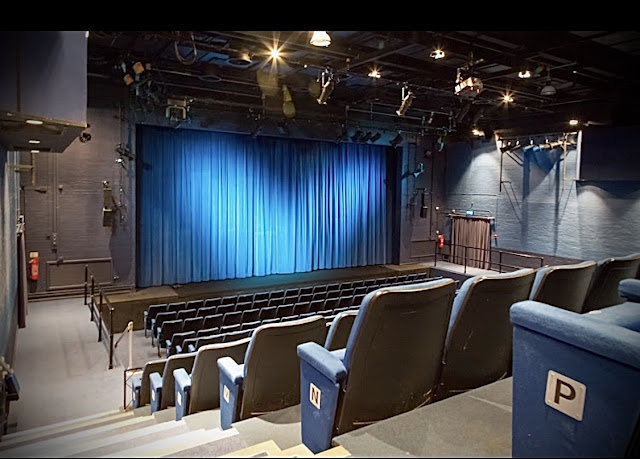 I went to the cinema yesterday ..... I like this cinema. It's an independent, three screen cinema for arthouse and mainstream films, plus theatre and ballet screenings, two screens like the one above and one where you feel like you are sitting in someones living room ! You can have food and coffee, there is art on the walls and big, squashy leather sofas to sit on { and, the cleanest, loveliest toilet facilities in all of Hertfordshire ! I was about to take a photograph of me in the full length mirror in the lovely toilets but, a surge of ladies came in and I chickened out ! } 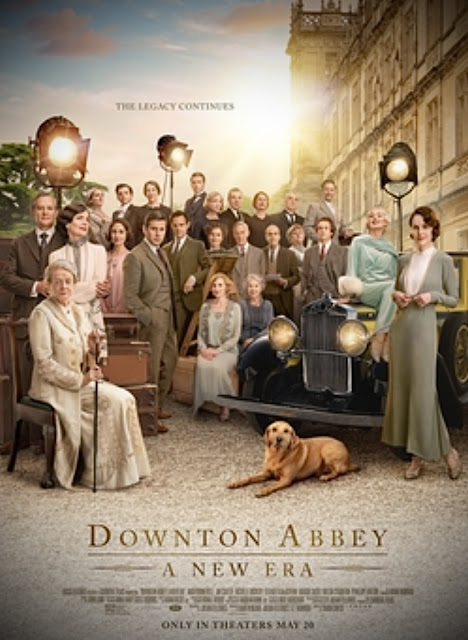 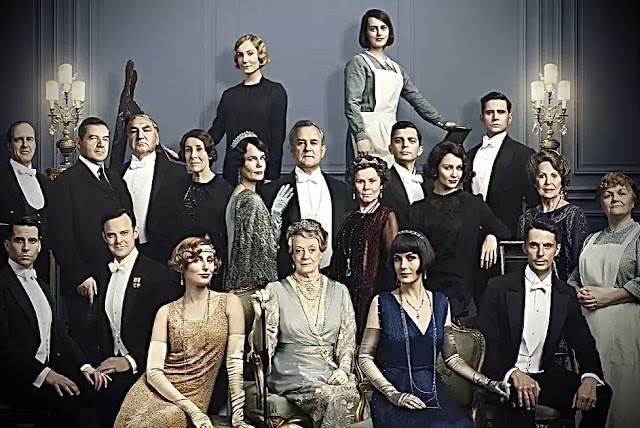 Now, I am a lover of period series and films and have seen all of the Downton Abbey series a few times and know it inside out. I have always thought that Maggie Smith is the star of the show and has had the best lines and pretty much all of the other cast members played their parts very well. I then saw the first Downton film which I thought was good and worth seeing and, although I felt this new offering passed away a couple of hours quite pleasantly, I felt that Julian Fellows didn't have his heart in this one and that he was desperately squeezing the last few drops of life out of it. There were some laughs in it and lump in the throat moments, but it was a rip off of Singing in the Rain, the storylines were quite weak and someone { I won't spoil it for you by telling you who } gets the same illness as someone had in the last series ..... there are many, many other illnesses you could have chosen from Julian !!! ..... and, Lady Mary's husband isn't in it { played by Mathew Goode in the last film and series, I read that he was unavailable due to prior commitments and, it looked odd that he didn't come back for the important ending { I won't say what ... }
Having said all that it was worth seeing and the clothes and scenery were lovely !  ..... and, before the film we went to The Giggling Squid and had Pad Thai so, all in all, not too shabby for Jackie ! 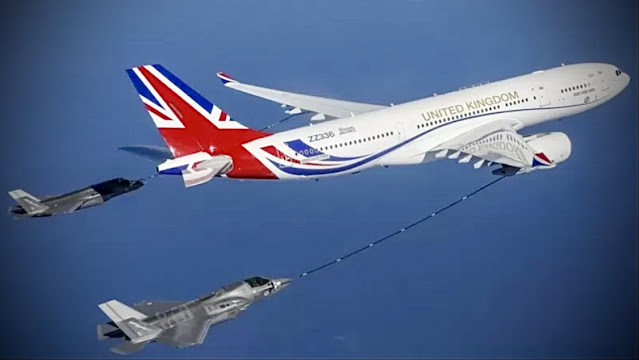 ..... and then, I was just out in the garden when, hearing a loud roar, we looked skywards, and saw a British Airways plane { which I think is Voyager } flanked by two RAF Tornado fighter planes which I have found out was carrying the Prime Minister of Japan, Fumio Kishida, ahead of his meeting with Boris. The two typhoon jets and the RAF Voyager Vespina, finished with a Union Jack painted tail, flew very, very low over our garden ! We often get the planes used in flypasts, flying over our house after they have done the flypast. Must be their route back to base !
Makes for a bit of excitement !
The weather here is lovely ..... warmer than Saint-Tropez, Ibiza and Crete ..... we haven't had much rain for ages ! Who says it's always raining in the UK ?
XXXX
image ! :via me, images 2, 3 & 4 : via goole