Dennis Severs House
Spitalfields
18, Folgate Street
London
E1 6BX
If you are ever in London and are lost for something to do, go and visit Dennis Severs House. It is situated in the City, very near to the restaurant, Galvin's, that we went to for Mother's Day. We have been, a while ago now, and it is a real treat. It isn't very expensive and takes about one hour and, to see it at it's best, one should go when it's dark and, if you happen to be in the area at Christmas, it is decorated with decorations and a Christmas tree. 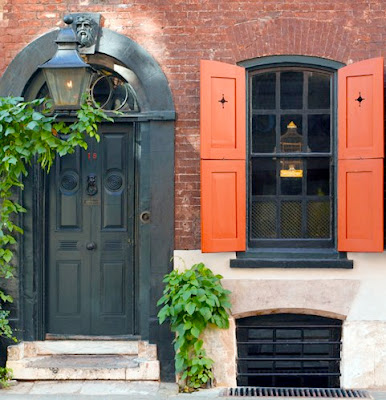 Dennis Severs(1948-1999) bought this house and turned it into a time capsule. He was an artist and lived in the house in much the same way as its original occupants might have done in the early 18th century. 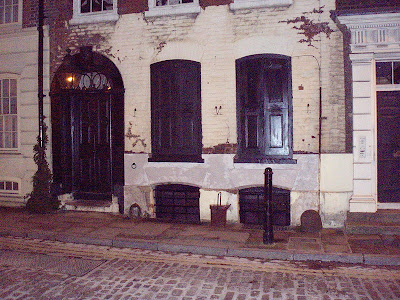 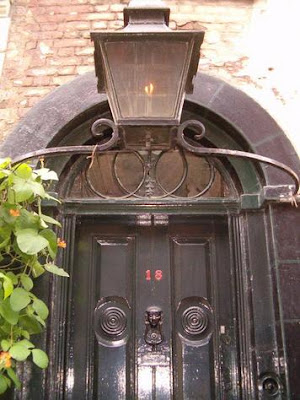 To enter through the door is to pass through a frame and into a painting - one with a time and a life of it's own. 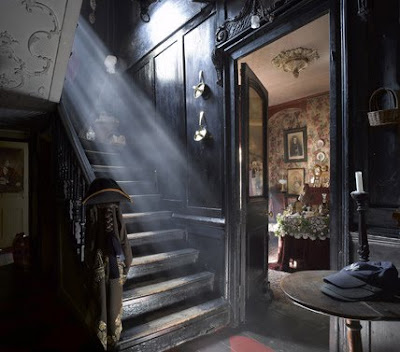 THE TOUR.
The game is that you interrupt a family of Huguenot silk weavers named Jervis who, though they can still sometimes be heard, seem always to be just out of sight.
As you journey off in a silent search through the 10 rooms, each by fire and candlelight, you receive a number of stimulations to your senses. 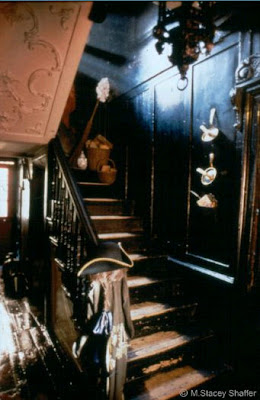 There is the sound of a carriage outside, the wheels of which and the horses hooves, clattering and clip clopping off into the London night. There is the smell of food .... Mr Jervis's meal is only half-eaten ....did he abandon it when he heard us arrive ? The experience is conducted in silence, and it's level is poetic.
Dennis Severs called his unique experience 'still life drama' and his goal was to provide his visitors with a rare moment in which to become as lost in another time as they appear to be in their own.
THE PLOT.
The 10 rooms of the house harbour 10 spells, that engages the visitors imagination in moods that dominated the periods between 1724 and 1914.
Room 1 is the cellar. You begin in the dark in which there are fragments of St. Mary's Spital AD 1197, hence the name 'Spitalfields'. You are drawn by the light and warmth of ............ 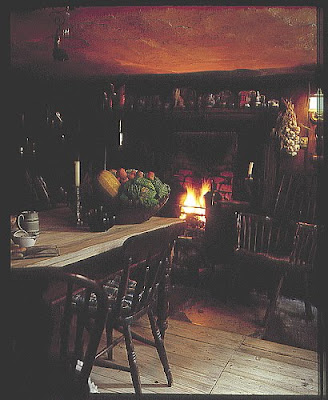 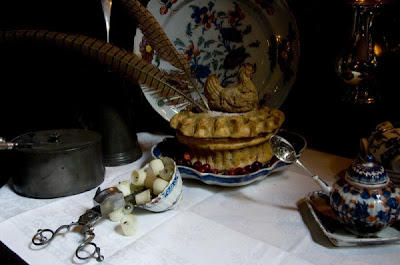 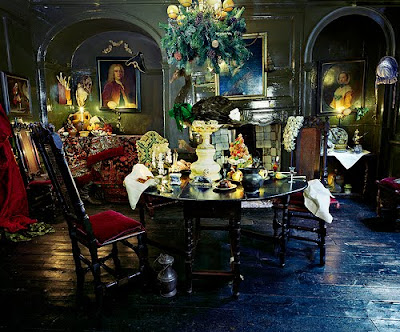 Room 3 is The Eating Parlour 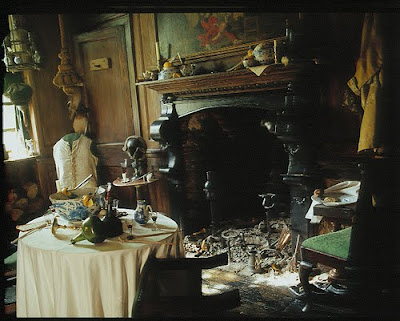 Room 4 is The Smoking Room 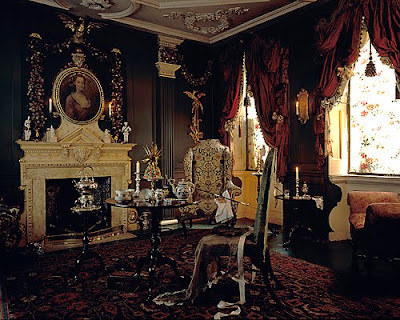 Room 5 is the Withdrawing Room 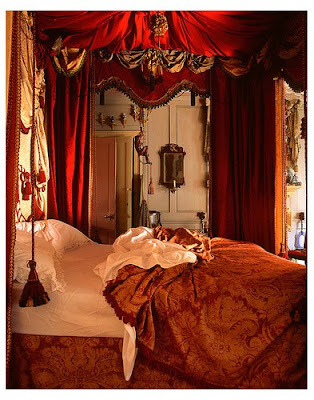 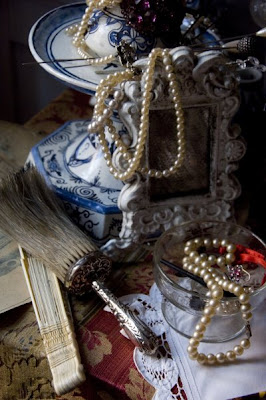 When you enter a room, a candle has just been extinguished and has left a trail of smoke as if the occupant has just snuffed out the candle and left in a hurry. 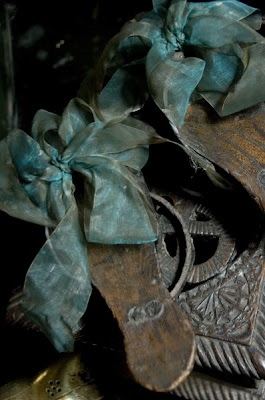 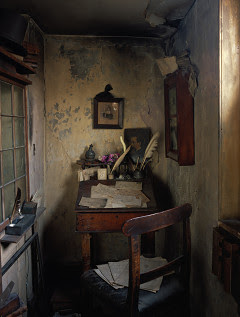 As you reach the top floor, it starts to get cold and less luxurious. These are the rooms that the Jervis family have let out and are for a poorer family. The drapes on the bed are tattered and torn and the furniture is of much poorer quality. On a table are the remains of a supper of oysters, which was the food of the poor in those days. You can hear the tolling of Big Ben, telling the City that Queen Victoria is dead. 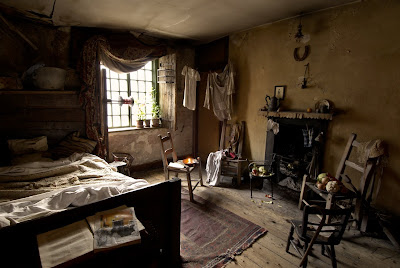 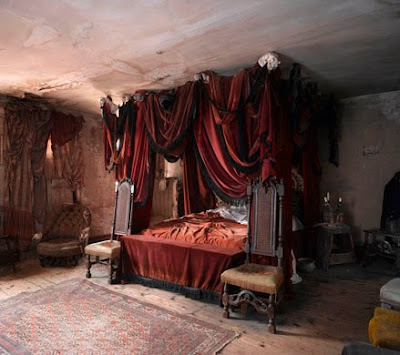 This is not a museum ....... it is not designed to make you 'learn something' in a conventional way. If you are annoyed at the silence observed then you have missed the point. The visitor is required to engage with the atmosphere and story ........ and, if you do, it's a really special sensation that stays with you. From the minute you walk in the door, you step back in time........ you can imagine the hard times when you reach the attic rooms, eerily cold, you can smell the poverty. Listen hard and you can hear the occupants. The journey through the house becomes a journey through time with it's small rooms and hidden corridors, it's whispered asides, it resembles a pilgrimage through life itself.
Painter David Hockney described the house as one of the world's greatest works of Opera.
Dennis Severs bequeathed the house to the Spitalfields Trust shortly before his death.
Go and visit if you are in the area. It is a truly special experience.