It has been a sad time in the entertainment community over the last month. 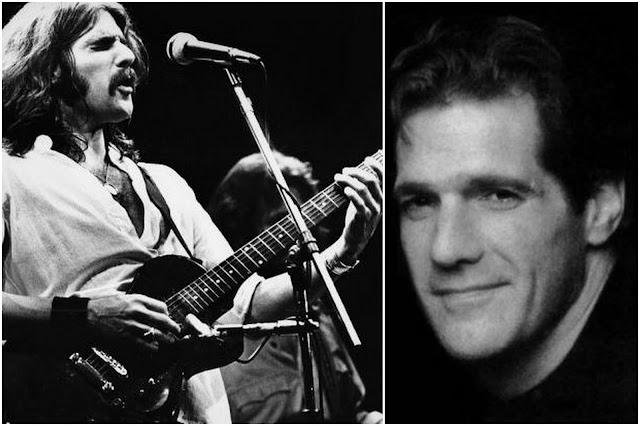 Eagles founder, Glenn Frey is another who has left us but without a great deal said. He, along with Don Henley, made the pilgramage to Los Angeles, both with the same dream ..... to make their mark in the music industry ..... they certainly acheived that and made an impact on the lives of millions.

Like many other bands from my youth, The Eagles songs come laden with association ... emotional and personal.

We saw The Eagles twice at the old Wembly Stadium. As a teenager in the 60's, The Beatles music was the anthem of my youth but, in the 70's, it was also The Eagles.

The world will be just a little less rock and roll without him.

Collage images via guereato quadratin and howl and echoes, videos via youtube