I am turning into the London Tourist Board !!!! ..... but, I HAVE to show you this wonderful Georgian Gothic Revival house in Twickenham that we visited on Monday. I think that it's one of the best houses I have seen ..... I could live there !! I have spared you ALL of the photographs that I took  .....  you would have been here all day !! 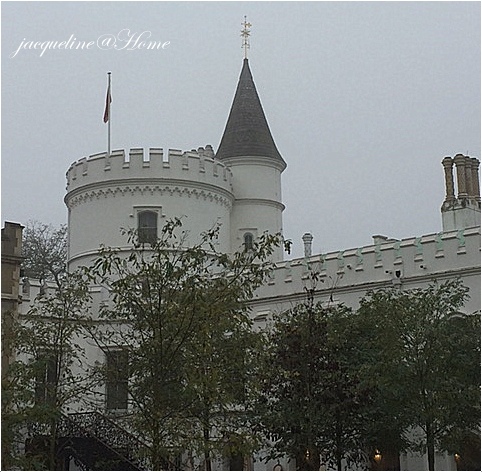 Horace Walpole { 1717-1797 } discovered ' Chopp'd Straw Hall ' in 1747 when it was one of the last remaining sites available on the banks of the Thames in fashionable Twickenham. 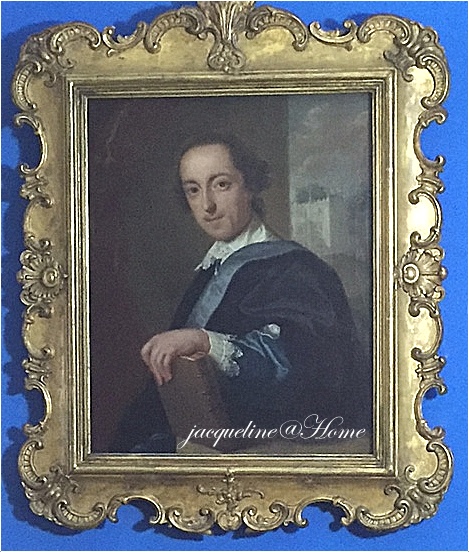 He set about transforming, what was then a couple of cottages, into his ' little Gothic castle ' with pinnacles, battlements and a round tower set in meadows and gardens with ' cows and sheep studied for becoming the view '. In creating Strawberry Hill, Walpole inspired a new fashion for Gothic in both architecture and literature. 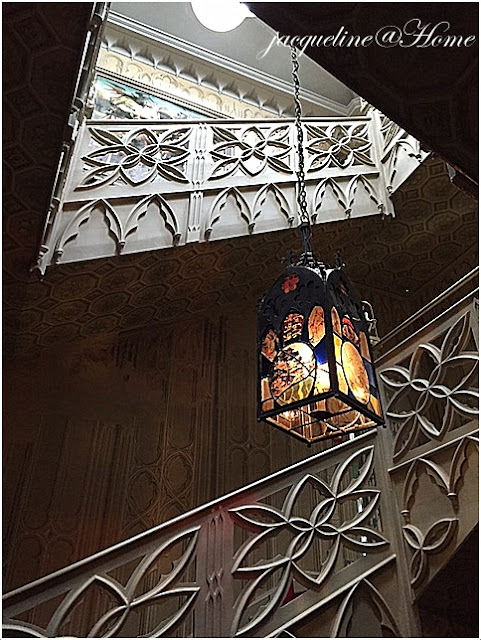 Walpole's guests would enter the house into a dark hall, lit by one candle in the lantern. He did this purposely and would guide them through winding corridors and gloomy passageways which suddenly opened into the sudden splendour of rooms as you will see in the following photographs. 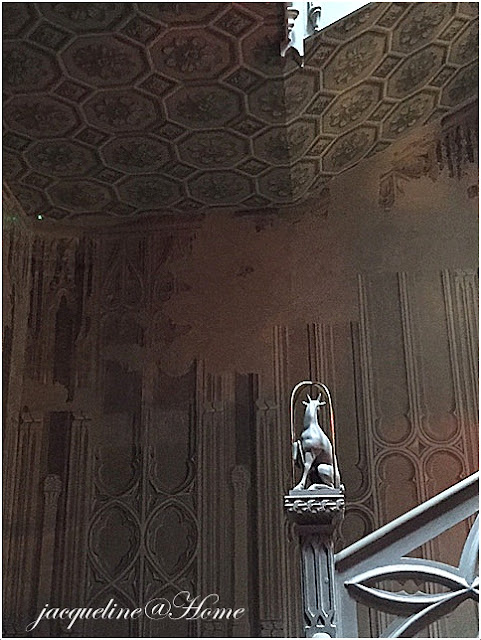 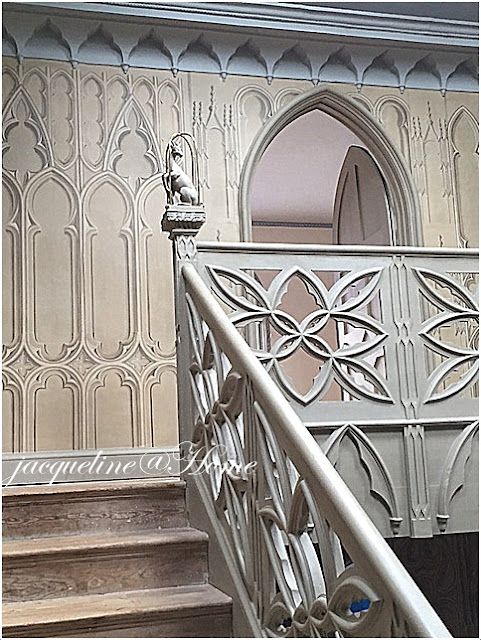 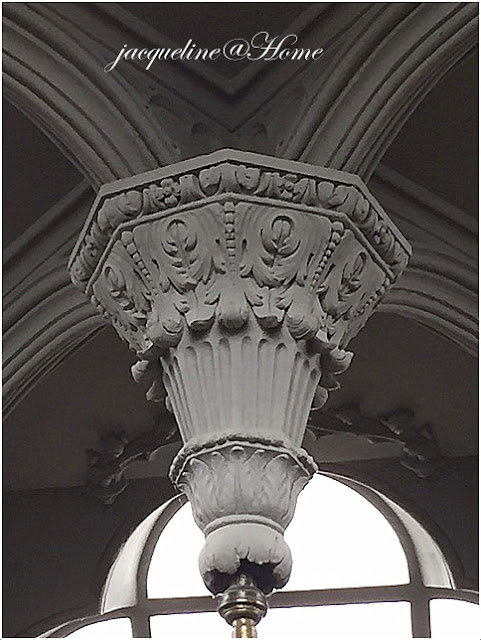 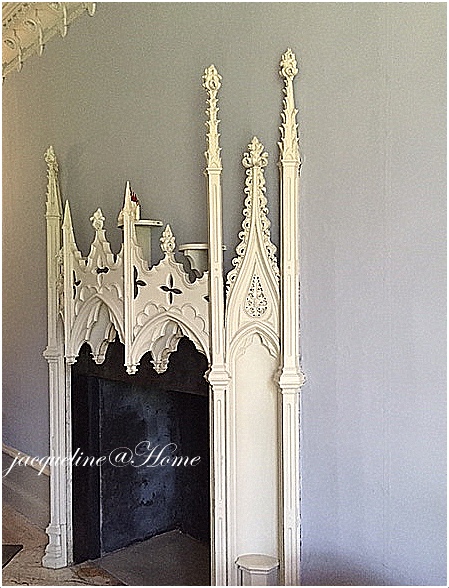 The first room was the refectory ..... 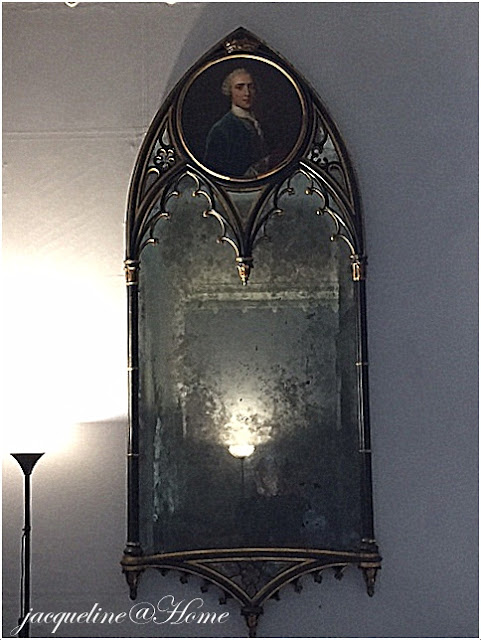 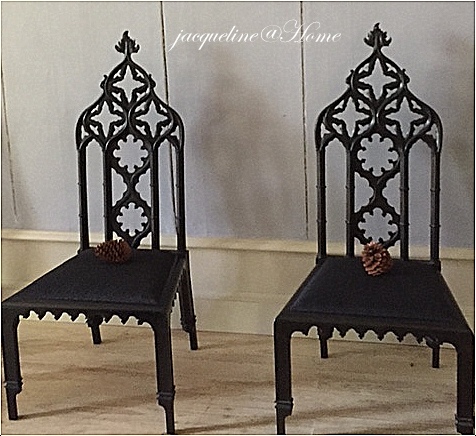 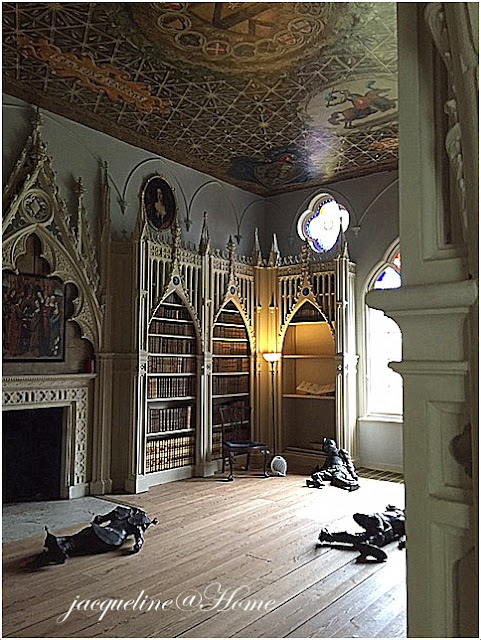 ..... then, the library. Unfortunately, there was an exhibition of sculptures which, I think, detracted from the beautiful rooms !! 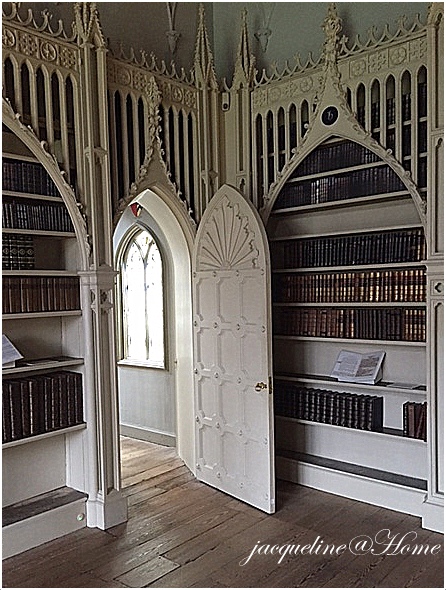 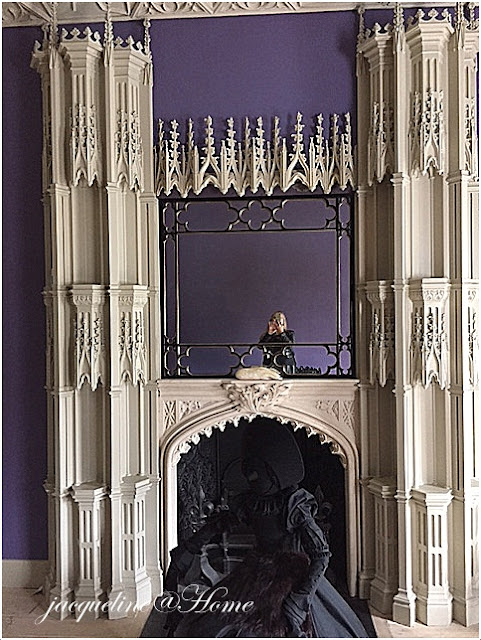 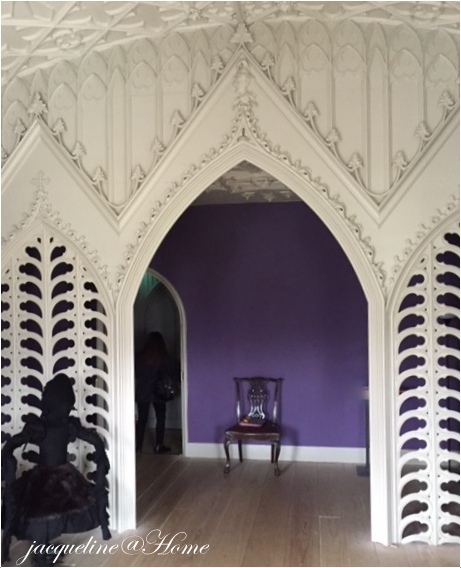 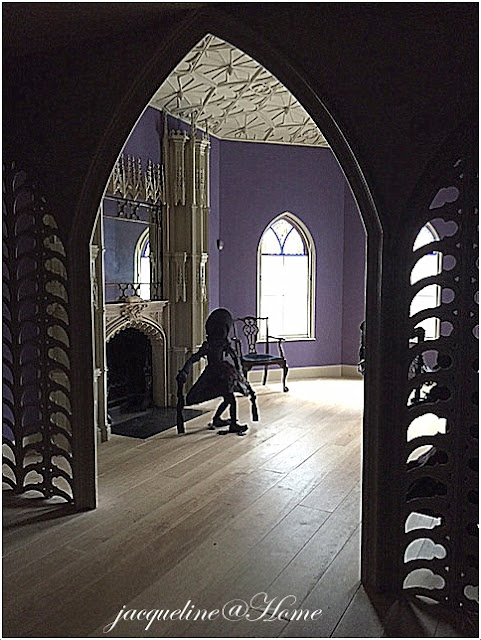 While houses like nearby Marble Hill were based on classic traditions, Walpole chose the architecture of Gothic cathedrals as the inspiration for his villa. Chimney pieces, doors and ceilings are based on Gothic vaulting, medieval tombs and rose windows..... he was a man way ahead of his time I think. 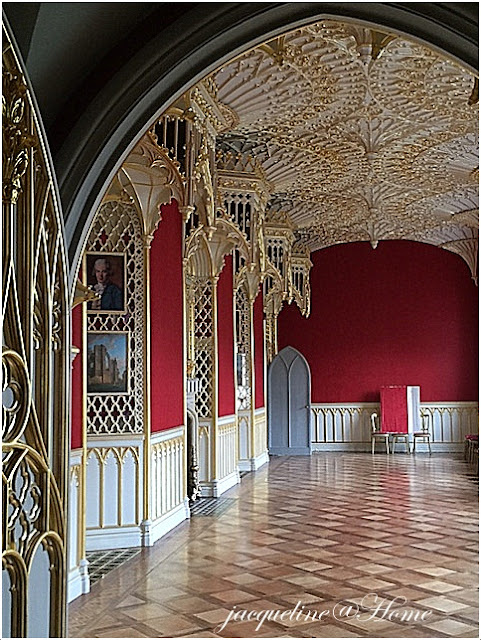 The Gallery ..... ' all Gothicism, gold and looking glass " as the poet Thomas Gray described it. 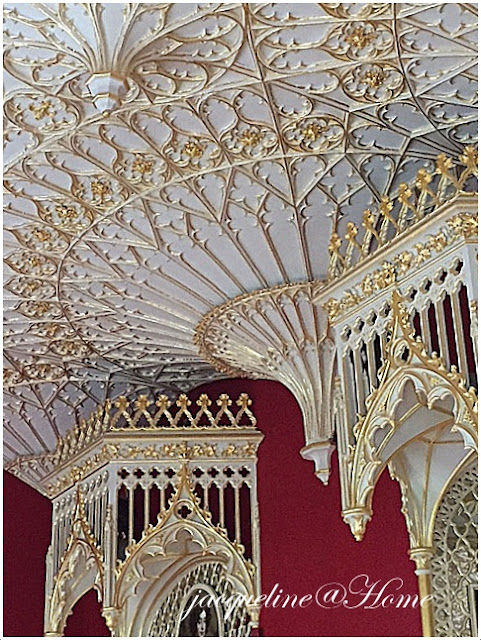 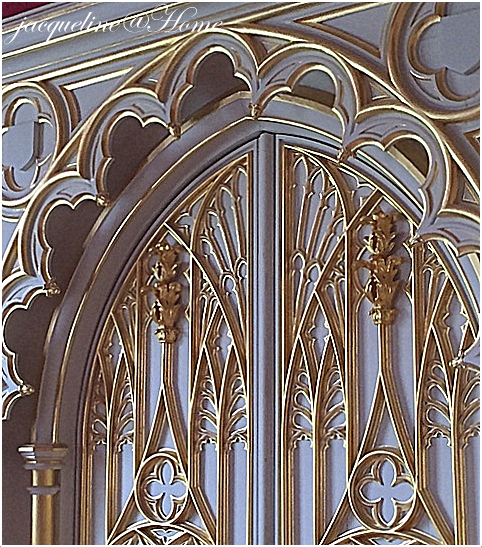 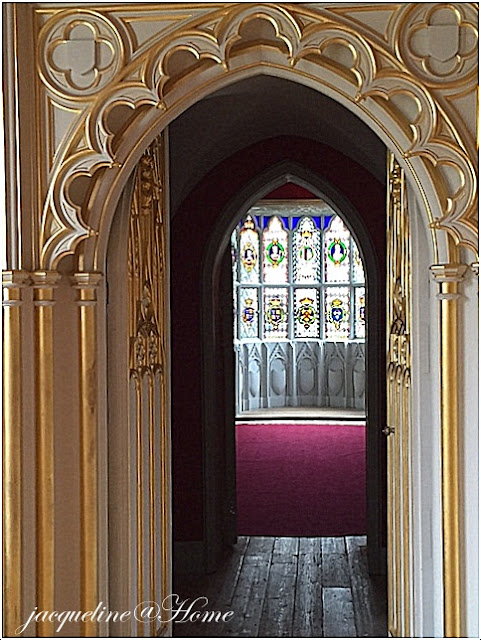 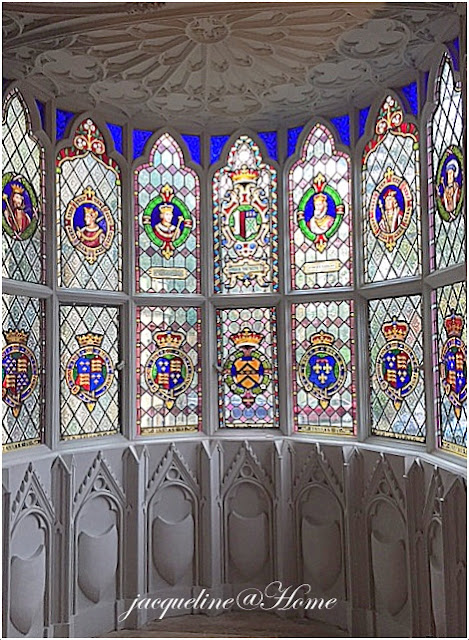 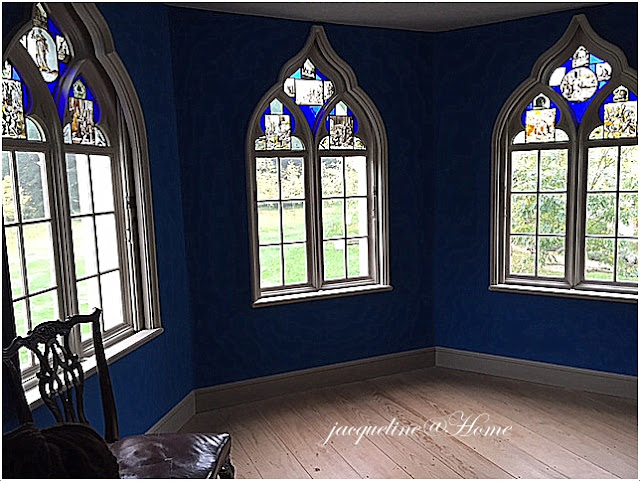 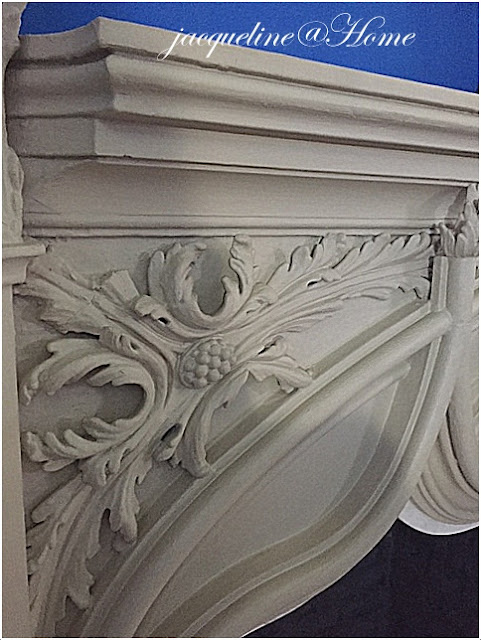 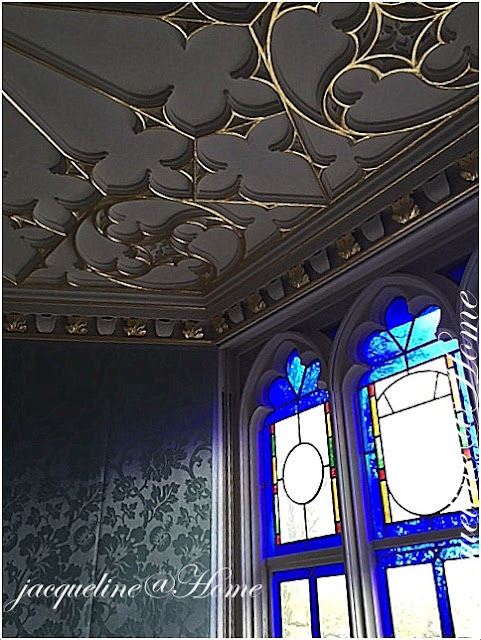 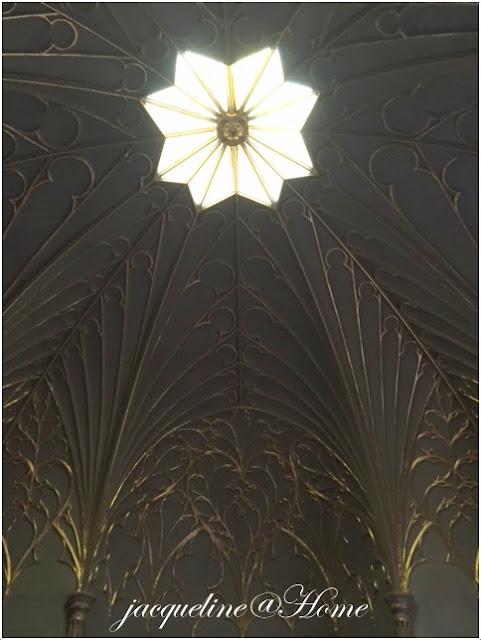 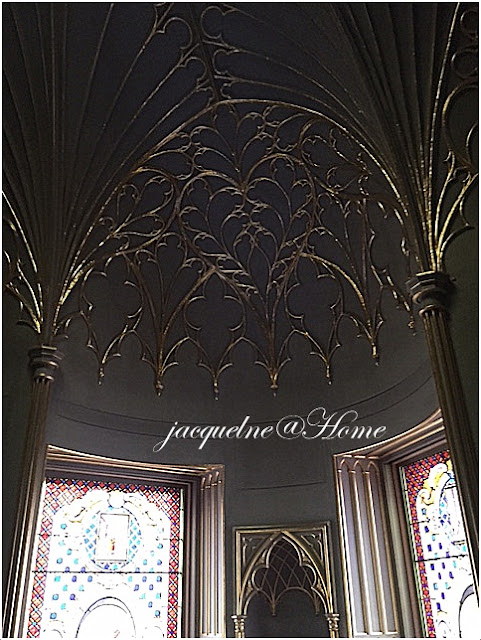 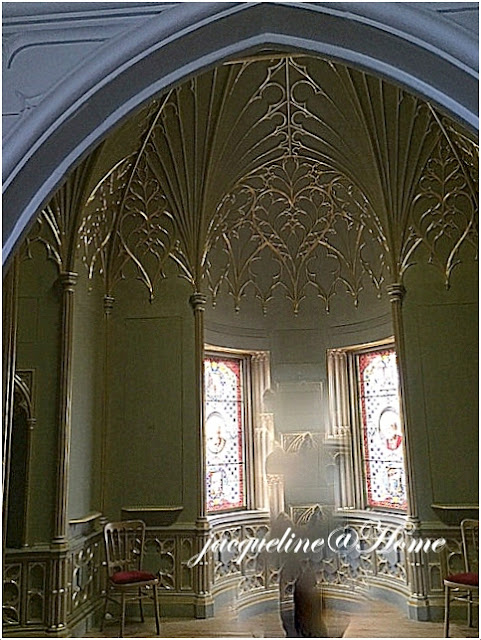 This room is where Walpole kept his treasures of art, miniatures and priceless objects to show his friends. Unfortunately, much of these were sold in a house sale and are spread across the world. I have edited out an awful sculpture of a full size hessian kangaroo with boxing gloves on that was placed right in the centre of the room ..... the guide said that the exhibition, which was finishing the following day, had been rather controversial !! 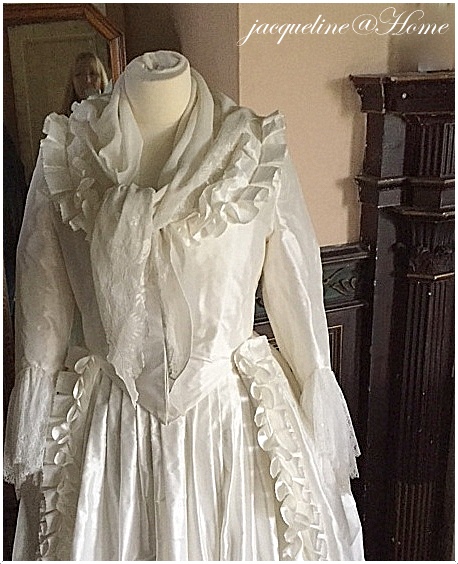 Here's a ghostly one of me hiding behind an 18th century dress !!

The castle became a tourist attraction in Walpole's lifetime. He allowed four visitors a day and published rules for their guidance { no children allowed !! } His housekeeper frequently showed them round while Walpole retired to his cottage in the grounds. Reopened to the public in 2010 after a £9 million restoration, today's visitors have the opportunity to explore this unique heritage site.

Horatio Walpole, 4th Earl of Orford also known as Horace Walpole, was an English art historian, man of letters, antiquarian and Whig politician, built Strawberry Hill House, reviving the Gothic style some decades before his Victorian successors ..... I think that I would have liked him !!

All images by me