A VISIT TO BENTLEY PRIORY ………. 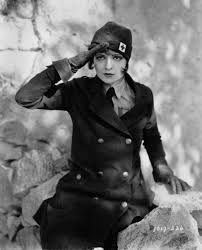 Originally built in 1766, Bentley Priory was significantly extended in 1788 by Sir John Soane. The Priory was the final home of the Dowager Queen Adelaide, subsequently becoming an hotel and girls school before being acquired by The Royal Air Force in 1926. In WW2 it was the headquarters of RAF Fighter Command. 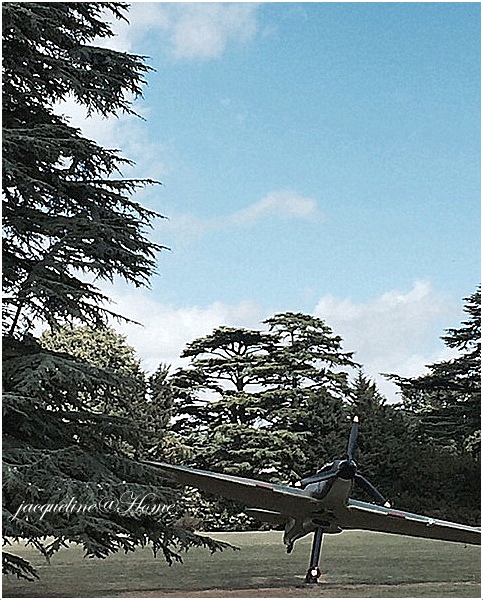 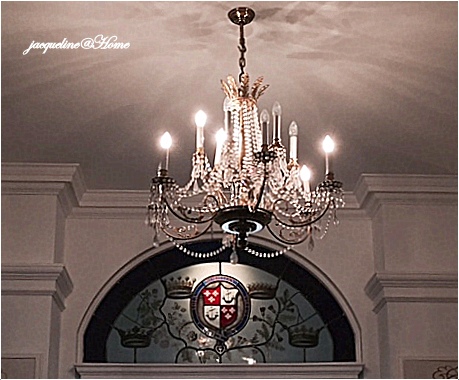 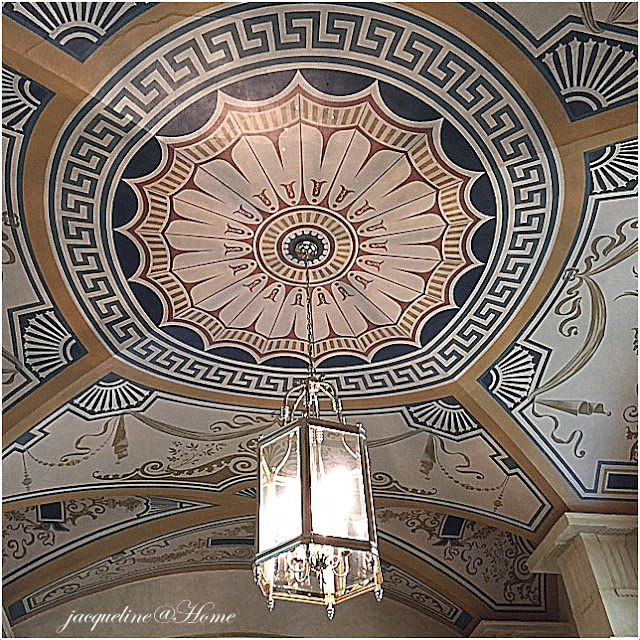 A fire in 1979 peeled off the whitewash paint of the above ceiling, revealing the intricate painted pattern designed by Sir John Soane so, although much was lost in the fire, the ceiling was revealed. 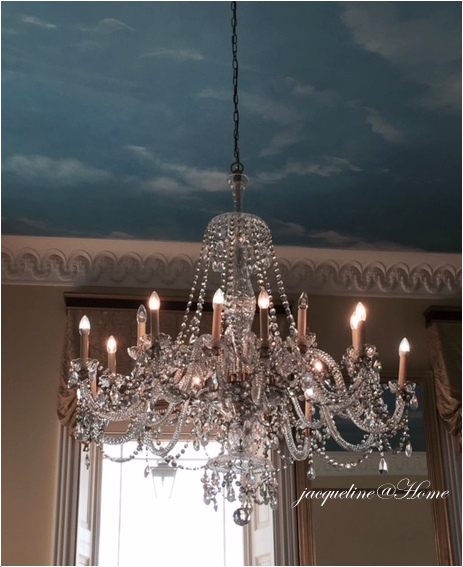 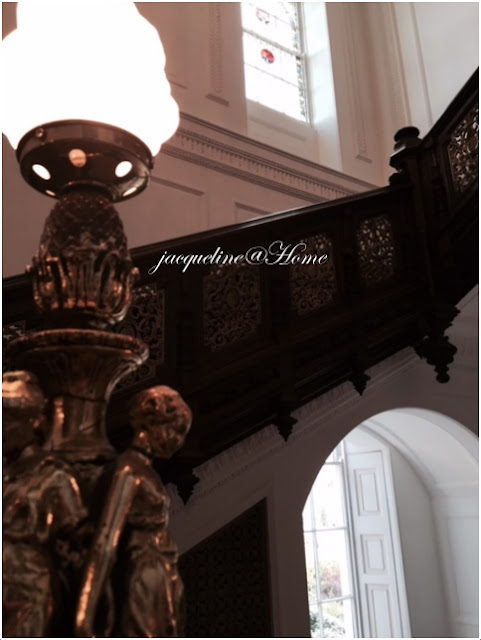 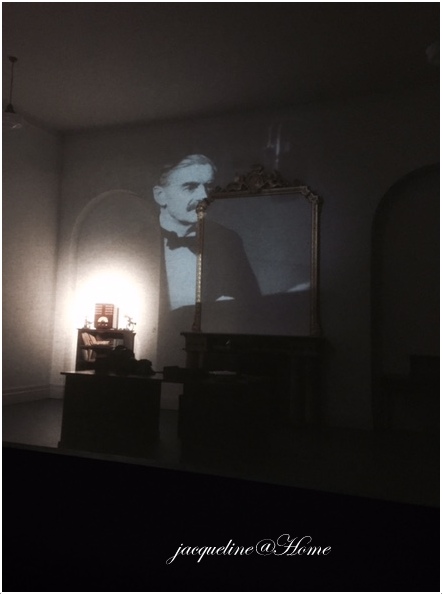 The 10 minute diorama/film about Sir Hugh Dowding, the commander of RAF Fighter Command, and the Battle of Britain is presented brilliantly. 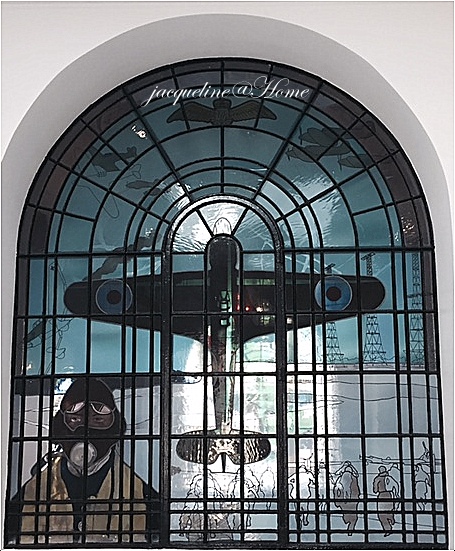 One of the many stained glass windows. 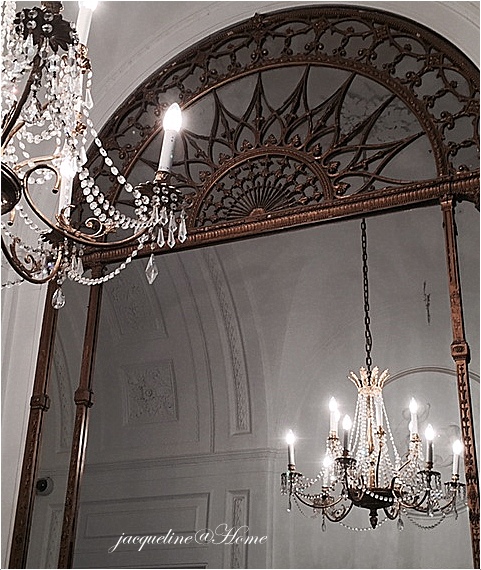 I seemed to take rather a lot of chandelier photographs !!!! 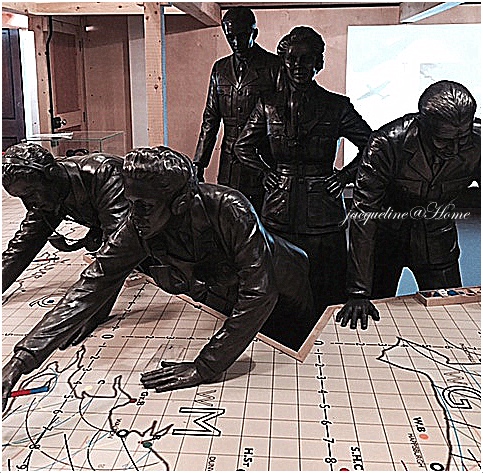 All the information received was fed through the Filter Room before being passed to Sector Level. 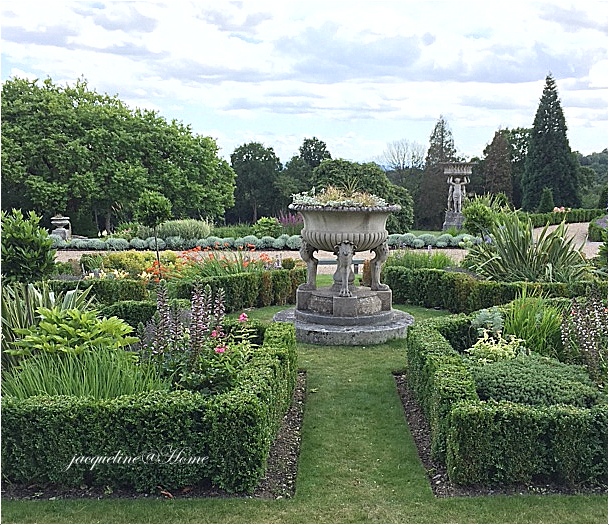 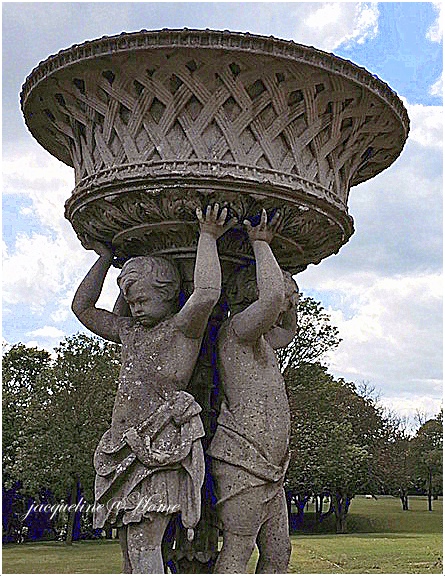 The views are magnificent, this being the highest point in Middlesex and the Italian gardens are a work in progress and are coming on nicely. 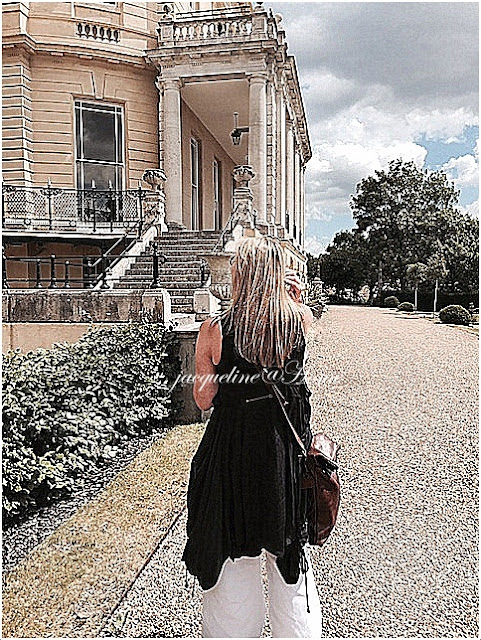 The staff and guides were so knowledgeable ….. it's a beautiful place to visit and so well presented. The exhibits are brilliant and the tour explains the role of this beautiful house during World War 2 and the role of Fighter Command and the history of the Battle of Britain. You feel as if you've just dropped in on Sir Hugh Dowding and the RAF personnel.
Without RAF Bentley Priory's work in WW2, things just might have turned out very differently.

image 1: via agnautacouture, image 2: via barwin ….. remaining images via me !!