My husband likes rugby ….. I like watching sport and watch rugby but it's not my favourite ! This post probably won't bring me many Brownie points or comments and will probably lose me some followers. It won't appeal to many ….. it didn't really appeal to me much ….. BUT, we went on a tour of Twickenham Stadium, the Home of England Rugby …… AND …..
it was a really good day out. 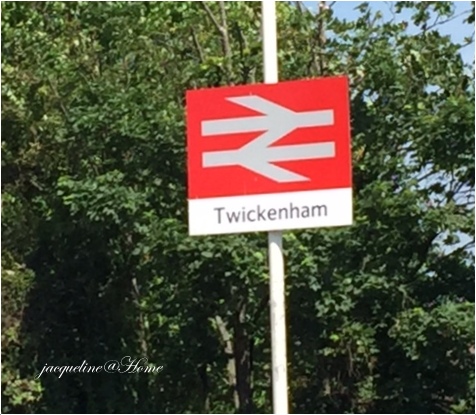 Even though Twickenham is quite a long journey from where we live, it was a beautiful day and we had friend's to chat to. 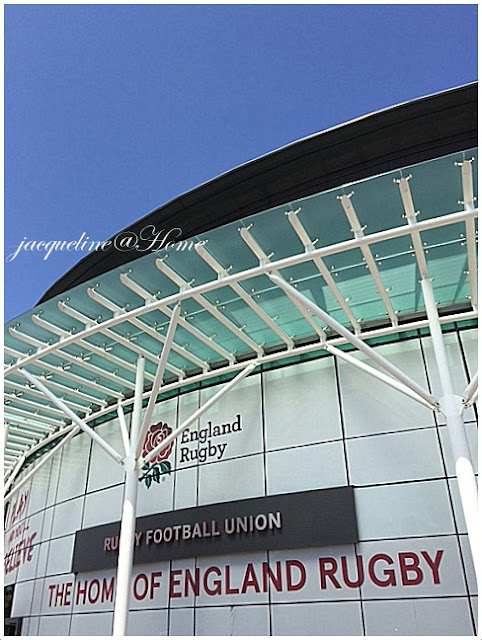 Twickenham Stadium is located in the London Borough of Richmond-upon-Thames in South West London. 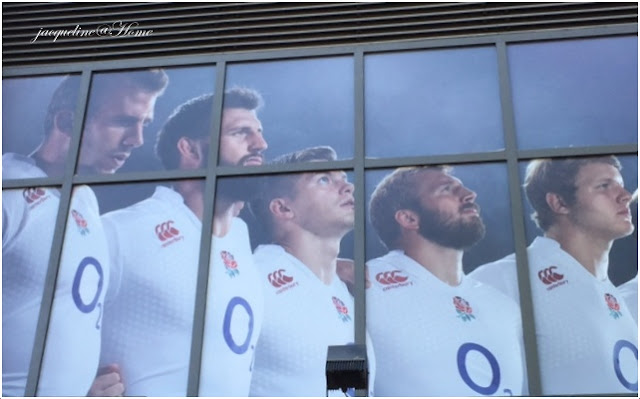 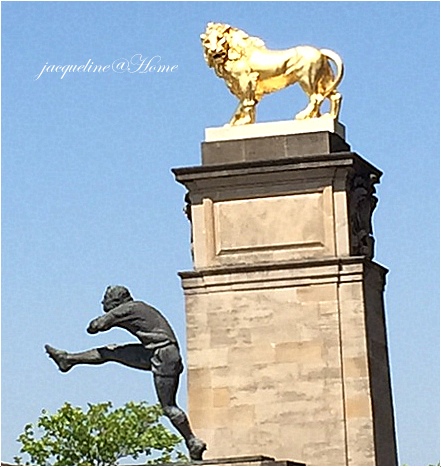 Guarding the gate is the golden Lion. It is a Coade stone lion { like the one at Westminster Bridge } and came from the old Lion Brewery on the South Bank. 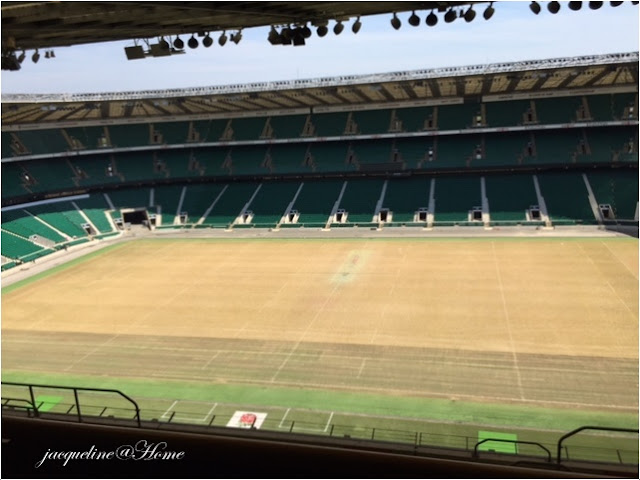 Twickers, as the rugby faithful call it, seats 82,000 people and is the largest dedicated rugby union venue in the world. The pitch had just been re-seeded when we went so that's why it's brown !!
The first game was played in 1909 and, 100 years later, is still going strong.
The Rolling Stones, The Eagles, Rod Stewart, Genesis, Lady Gaga and Rihanna are just some of the acts that have played there. 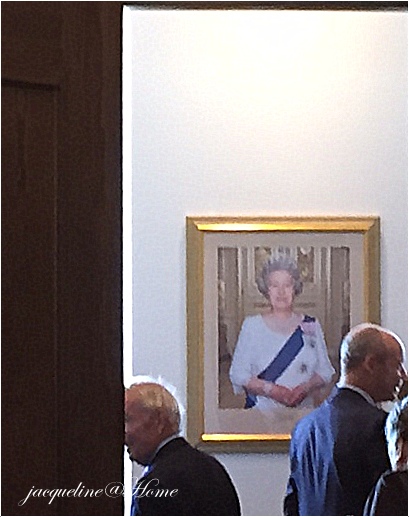 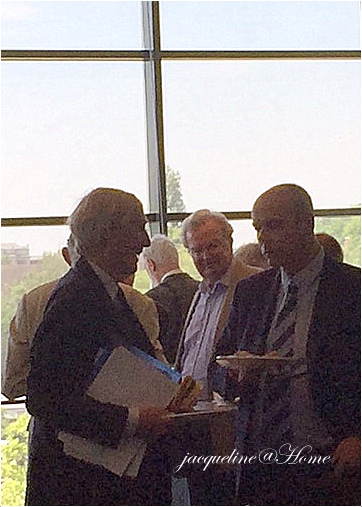 ……. and, those faithful rugby fans { and me !! } got to see Sir Clive Woodward who was a former England rugby union player and coach. There was some 'do' going on on the day we went and we got to brush shoulders with many sporting dignitaries.  Sir Clive Woodward was the coach of the England team from 1997-2004, taking them to victory in the 2003 Rugby World Cup. 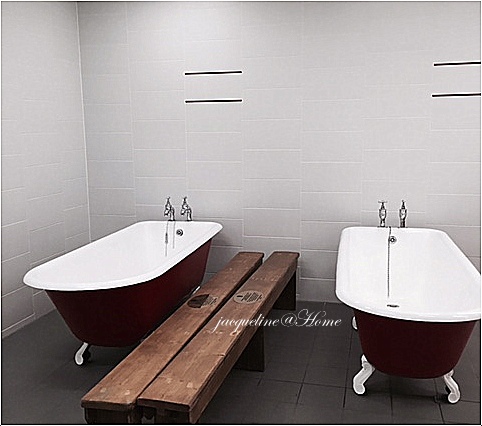 These are a couple of the original baths that have been left at the players request. They are used for ice baths now. I asked where the communal bath was but was told that there has never been one …… slight disappointment !!!! 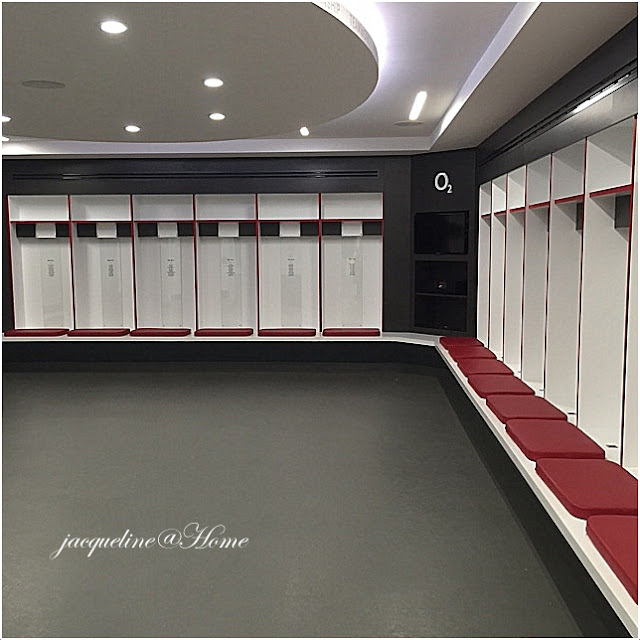 ….. the changing rooms. Each cubicle has the names of every player who has used it. I sat in Billy Beaumont's !! 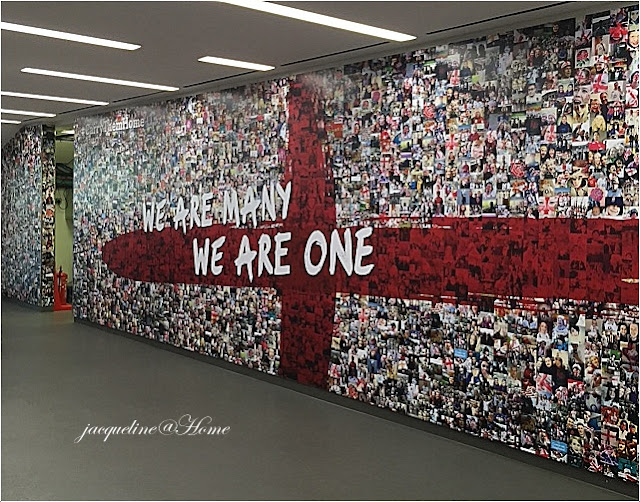 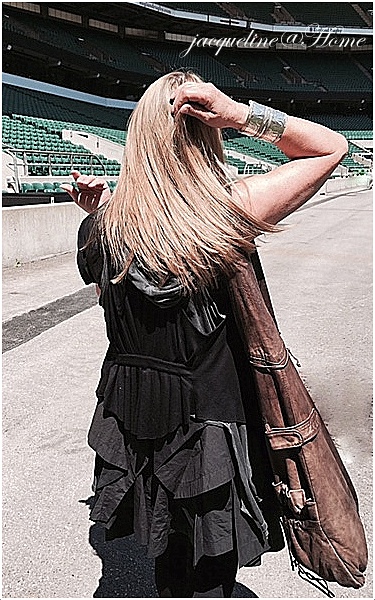 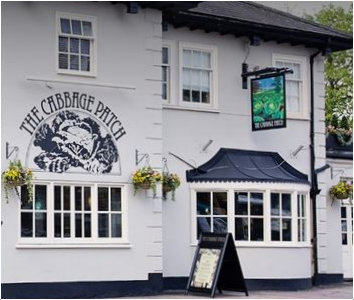 The historic venue of Twickenham began life as a humble cabbage patch, hence the name of the pub that we went to where I had …… 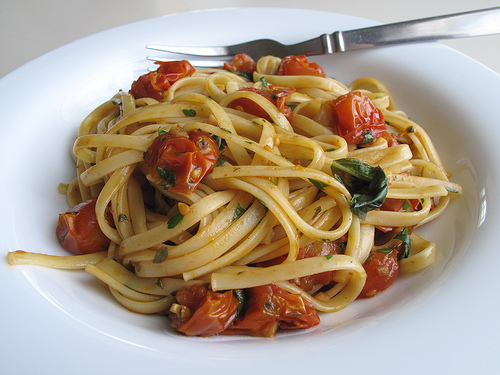 SO, the moral of this story is go on any trip that is offered …… they usually turn out to be worth it.

Regular readers to my blog will know that our son is a music producer and has done the music for the London New Year fireworks and, when we got back from Twickenham, he informed us that he is doing the music for the Rugby World Cup's glittering Opening Ceremony which starts on the 18th September 2015 !!!!

Apologies to anyone who isn't interested in rugby but will be back to flowers next as we are going to RHS Hampton Court Palace Flower Show this week !!

Beautiful weather is forecast for Wimbledon and I shall be glued to the tele for the next fortnight, rooting for Andy Murray !!